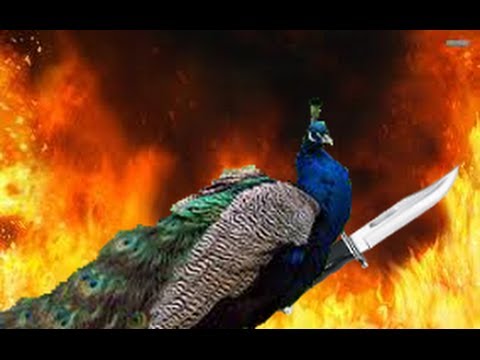 Lee as Ethan Gale, if a Green Lantern was a knight.

Vinnie as Bryan Weaver, Goblin poisoner who bargained with Death.

Ash as Captain Urit Morca, the one murderer in the group.

Josh as (Fight the) Goodfight, Aang, if he took a few too many blows to the head.

Firouz – A shadow magician who wears his spells, currently naked thanks to a counterspell.

Gehana – A dwarf noble, looking for a fountain of gems.

Session Four: Vs the Spider-Minaret

Our heroes are travelling through The Guardians Quint to fight The Crystal Eaters. They saved people from a dire peacock and some rooftop pirates living on a fake minaret. The pirates were talked into their heist by the son of the captain, who Morca just shot the face off. Also Bryan has a week to kill Morca, or Death will reclaim him.

On the rooftop, Darir wakes up to see the murdered son of his captain. “Oh fuck.”

In the skies, Flash, Gallmore and Goodfight are able to chat while giant eagles carried them on their path out of the city. Flash seemed to get on with Goodfight and explained how his son must have poisoned him in order to carry out a daring heist. He didn’t hold any grudges, but did want to get back. Josh asked whether Goodfight could charm the eagles. I didn’t see why not. He rolled a 7, so there had to be some kind of compromise. He decided that he tempted the eagles with the promise of goblin flesh. He figured that they weren’t a common race. There was only one they really knew around the city… Bryan.

Cut to Bryan chasing down Gehana and the nobles who were heading out to the Gemsmith’s Quint. Back on the rooftop, the players parlayed with the roof pirates to try and help them calm their boss down about the death of Ric. Ethan ignored the drama and started chatting to Badoura about her origins. She mentioned about Millstone and how The Eternal Blades keep psychics like her as living batteries, so they can have invincible weapons. Darir mentions that he was a magician with the ‘minimap’ kind of spell that Goodfight had been using, but he got stuck like that so he sees everything from about ten feet above his position.

Bryan blacked up (oh god, group, why do you do this to me?) and pretended to be a highwayman. He held his (still unloaded) guns out to threaten the nobles. They turned and fled, not because of him, but because of the giant eagles swooping down towards him. Goodfight tried to float Bryan away from them and failed. Morca tried to summon a dire eagle to help out, but failed… summoning something much worse.

Bryan ran towards the sewers and failed to get in. He stumbled and was harried by eagles until the monster Morca summoned appeared. A dire peacock!

Flashback quickly to Snow, an NPC in this session as Amy wasn’t around. She had left after the fight, found the caged dire peacock and broke it free! 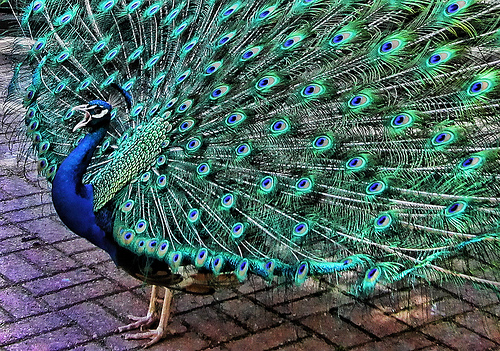 In the present, this terrifying, multicoloured murderbeast charged through the streets. Bryan mounted it, but was unable to control where it went. Morca flicked some of his blood on the peacock to see through its eyes, but that didn’t stop the charge of the monster through the densely-packed streets of the quint. Ethan jumped down using awnings to bounce from shop to shop. He fell and Morca tried to whip him to safety. He failed and Ethan fell to the ground.

Finally, Goodfight and Flash were reunited with the others. Flash demanded to know what happened to his son, threatening to duel Morca at a later date, when it wasn’t late, his crew hadn’t given up and the streets weren’t full of berserk birds. He grappled back onto the minaret.

Bryan was still unable to get off the dire peacock as it charged towards a dwarf nightclub, beaking its way through several customers, spraying Bryan with their blood. Inside, the dwarves thought Bryan was riding the peacock and one hit him in the head with a warhammer.

Bryan was killed instantly. The peacock was unburdened by a goblin and ripping apart a nightclub. The group still had to deal with that, now the pirates were gone.

Goodfight tried to use his mastery of elements to turn the nightclub’s floor into sand. It went into overdrive and the building started to sink, but only on one side, slowly toppling to the ground. Morca swung down and was attacked by panicked dwarves, then found Bryan’s corpse. Ethan used his charisma to get people to shore up the toppling building. They said that was fine as long as he murdered the peacock. Holden told Goodfight to warn people, but they insisted he drank with them. He faked drinking and spilt booze over himself. They helped move a statue under one section of the building to prop it up.

In the underworld, Bryan was in a cage, a cell. Death has caught him. He rolled a six on his Last Breath. Death had him, no matter where he went. For one final moment, he fled back to the mortal realm, but he wouldn’t get away. I informed Vinnie that Bryan had a scene… maybe less.

Bryan wrote a note to be delivered to his friend Ali, informing him that he had a debt to kill Goodfight. 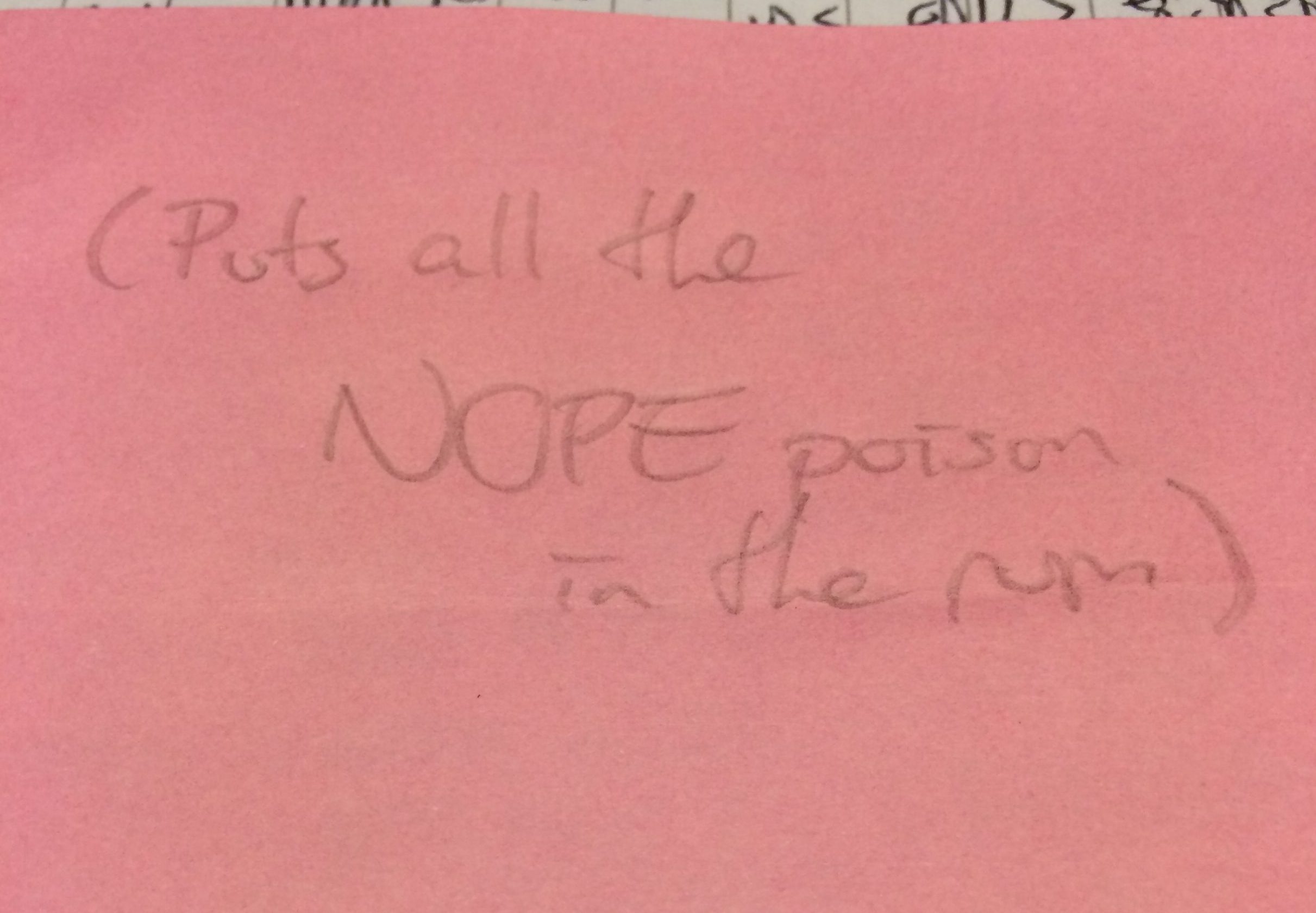 I don’t cut away from the table often, but what followed was impressive and scary. Josh asked why his character was the target of Bryan’s ire. Vinnie then unleashed a massive torrent of anger which could only have been silently building up over several sessions. He’d been lifted around, thrown without warning and targeted by bird rage. It was impressive to see and unexpected, although writing all of this back, you can kind of see bits of this.

Holden cast a fear spell on the dire peacock to distract it. Ethan knocked it out and as the statue holding the building started to crack, Goodfight solidified the ground in the club.

Holden asked, “Why couldn’t you do that before?”

Goodfight shook off the criticism and was lured down to have a drink with Bryan. He said that the pair should celebrate this victory and his miraculous survival. Bryan held up their glasses, both of which had been poisoned with the venom of the Nopes from Session Two. He died one last time, watching Goodfight drink the poison. He was sickened by it, but not too badly.

The authorities took away the incapacitated dire peacock and Holden started healing people. A spell mishap made him speak backwards which made the one piece of sense to come of all this sound like, “On move just we can?”

“Mission a have still we.”

We get it. Anyway, the group rested and travelled through the remnants of the previous night’s parties and bird-related horrors, then levelled up as they travelled through the dour region of Flintcliff. The dwarves there watched them with suspicion until they reached the far edge. The Gemsmith’s Quint was surrounded by a massive patchwork wall. It was made a century ago in a rush, sealing up houses on the edge and adding metal sheets, wooden barricades. It was all sealed up and built on over the years. Painted on the sides were warnings about plague. Guards roamed the streets and the top of the wall, making sure that no one got in.

Next session: The group gets in!