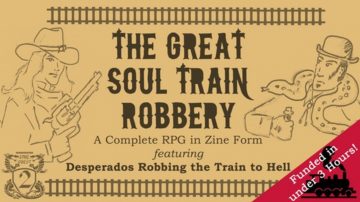 Due to my usual incompetence and general lack of time frames etc I’m a bit late in posting this article from Charlie as such some of these projects may now have funded already and you missed it…. um sorry.  Mike

It’s  February and that means it’s time for ZineQuest!

What’s ZineQuest? Well, that’s a good question. It was started in 2019 by Luke Crane as a way of replicating some of the old style of distribution of roleplaying games and modules in the form of ‘zines. It also ended up a massive success, with a ton of different RPG ‘zines launched on Kickstarter, with 93% success rate and 65% of the creators being new. These are smaller projects and have been good places for folks to experiment with concepts they’ve had floating around for a while, produce ashcan prototypes and even make modules for other RPGs.

Last year I backed projects including:

Girl Underground, a PbtA game replicating Labyrinth or Alice in Wonderland, as you all take the roles of creatures following a collectively played girl as she learns lessons about fighting loose of the societal expectations put upon her.

Mall Kids, a Honey Heist hack about being a group of teens hanging out at the mall.

Fall of Magic: Songs from the Axe & Fiddle

The Fan Favourite, a collection of Masks articles

And a number of other zines. They were kind of compulsive to back. I didn’t back everything to a physical level, just Fall of Magic’s ‘zine and Girl Underground, both of which were great when they turned up.

ZineQuest was good enough, there’s another round of it going on right now. Four days into February and there are a ton of zines already online. Some have pretty short runs, so I’m going to blitz through a bunch of them which have taken my interest, just in case any of you like the look of them. Depending on how many more are released, I may come back and do another run later in the month. 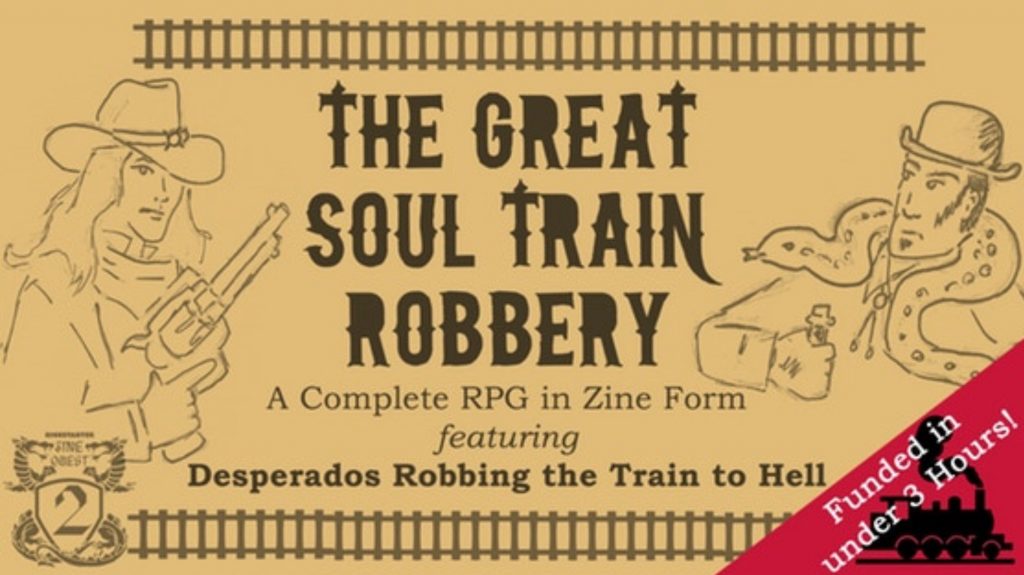 A one-shot game about a gang of desperadoes robbing a train to hell. It sounds like such a simple, fun premise and the kind of nonsense which makes for a great night between campaigns or when a player drops out. 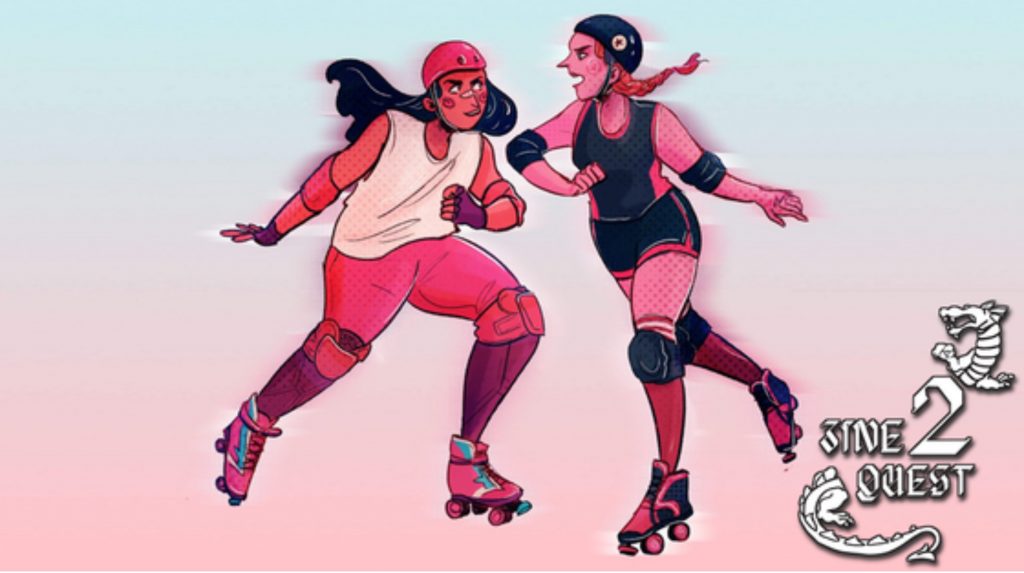 RPGs aren’t competitive, despite what a lot of terrible “GM is God” t-shirts say. That said, this is a competitive RPG. You split the group into two teams and they roller derby at each other. I don’t know any of the phrases relating to it, just that it sounds like a fun, violent sport. The game is actually three ‘zines. One has the rules (including help for people like me who don’t know anything about the game), the others are modern day and 1970’s settings. 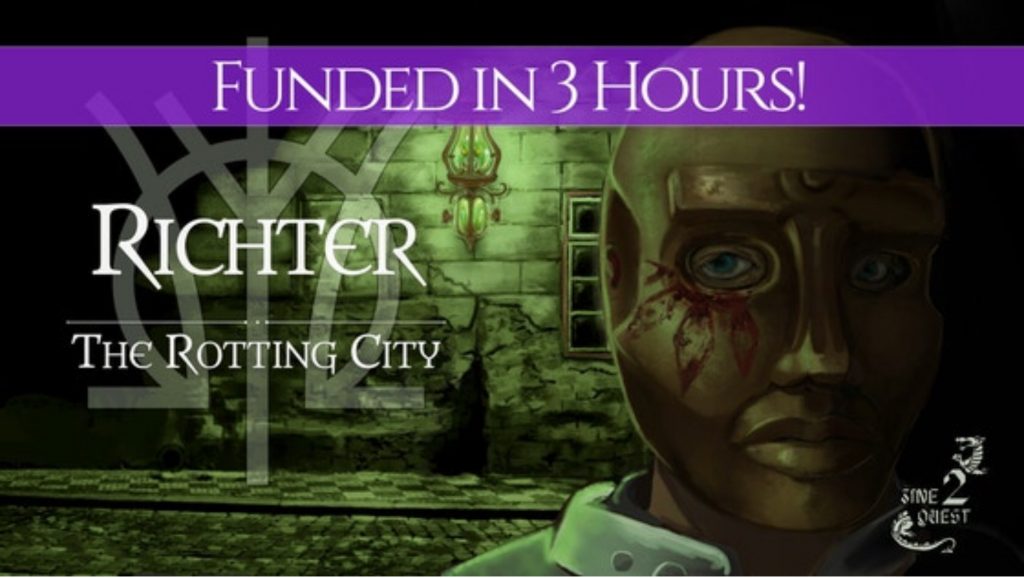 A dark city setting, based in Trophy’s [LINK>>>Trophy Review] Kalduhr, but playable in any game. There are factions, districts, all kinds of tools to make the campaign world pop. There are stretch goals for this ‘zine, including supplements for Trophy Dark, Trophy Gold and Best Left Buried.

A horror anthology featuring a Fate of Cthulhu setting, which is pretty exciting to see. There are also articles with NPCs, locations and even weird Victorian ephemera. Oh, and a system less horror adventure set in 1929.

A kind of epilogue to a game of Trophy or a game where characters died. You play the spirits of the dead, looking for freedom. Gabriel sells it as a kind of backwards Trophy, finding hope after a tragic end.

The Artefact by Jake Harrison

A solo journaling game about the life of a magical item and the many hands it passes through. As a point of note, a good friend of mine, W H Arthur, is writing a stretch goal about magic boots for this game. 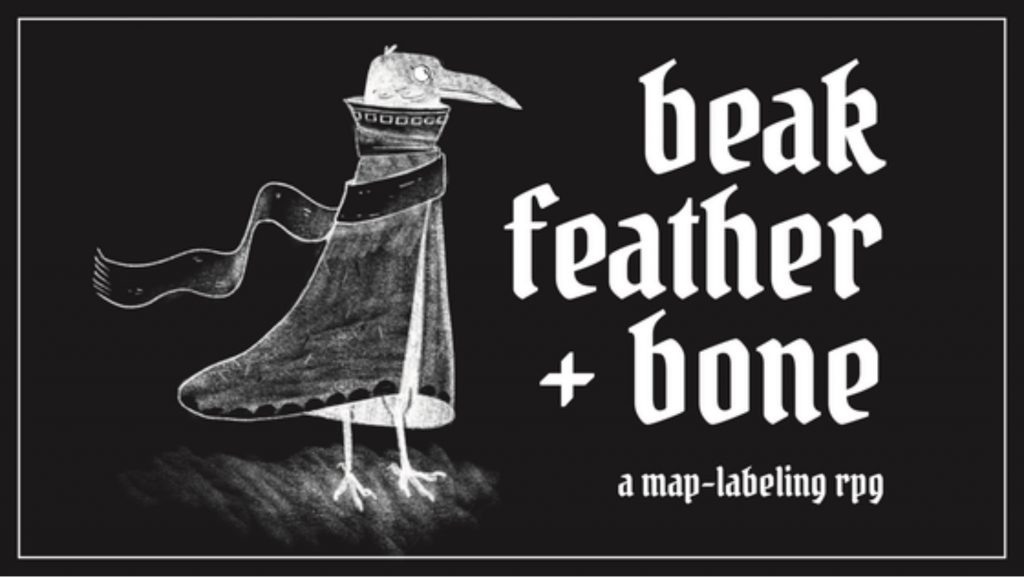 In the spirit of games like Quiet Year, this is a mapping game. It’s a bit different though, as you take an existing map of a location without any pre-existing details listed on it. You compete to define the settlement and add meaning to it all. This looks like it could be a really fun game to build settlements for RPGs.

A game of travellers through space, all lonely, all visiting locations and leaving their mark. You interact with one another through the way you have affected places you’ve been.

A module for any RPG, allowing you to add emotional and ethical dilemmas to dungeons. Personally I really don’t care for dungeon crawls in RPGs as they feel like you may as well play a board game. Things like this could really help add a narrative element and some different aspects to dungeons. 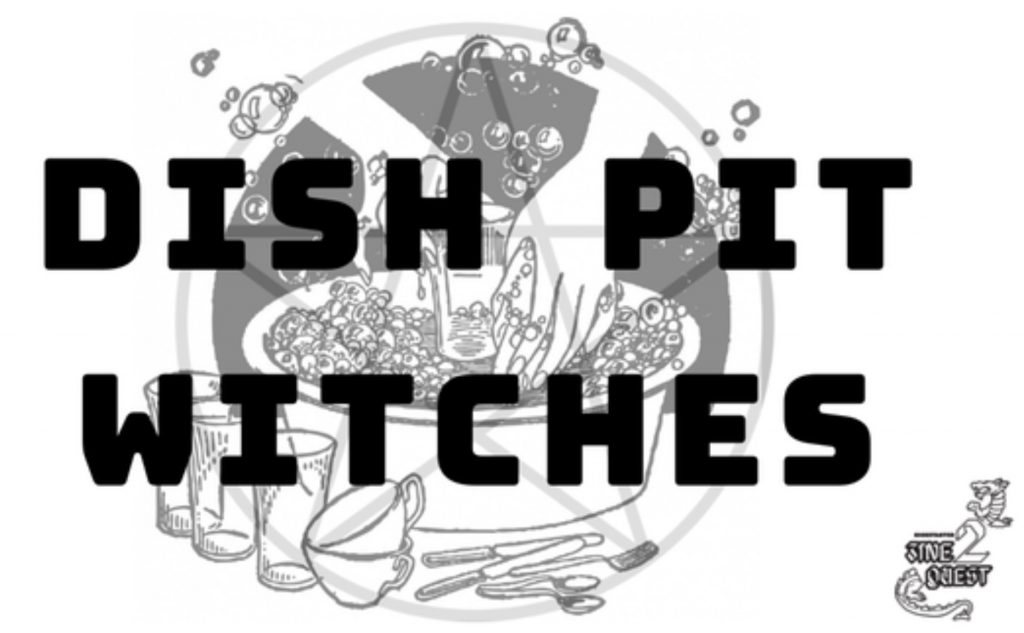 A game about queer witches who happen to work in a restaurant. You’re not managers or even waiters, but the lowest ranking staff members, dealing with crap at work and recovering from your day. 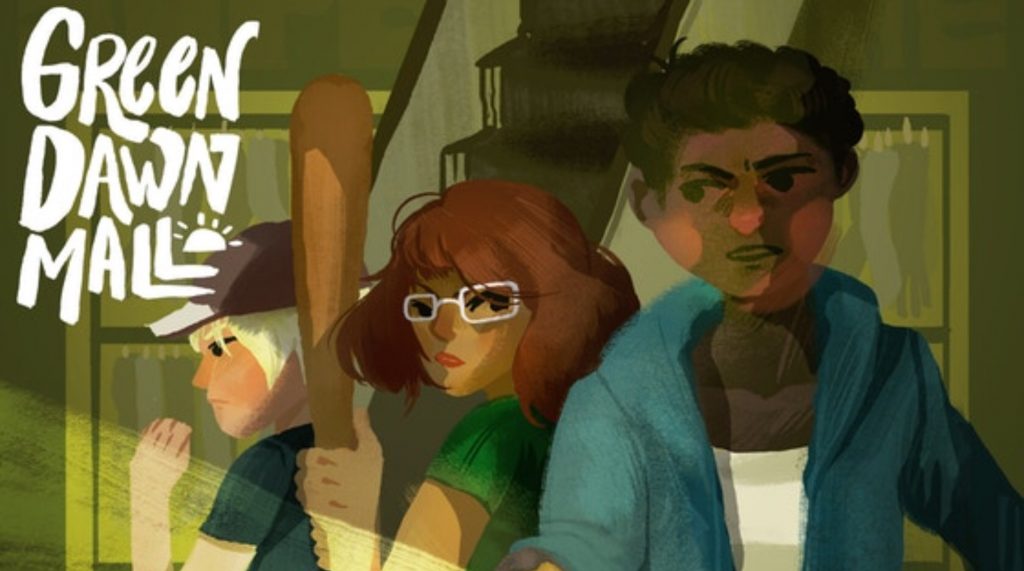 You play a group of teenagers in a strange, endless mall, trying to find their missing friend. This sounds like there are some Stranger Things 3 vibes, but also it’s own strange thing. As someone who binged a ton of Dead Mall YouTube videos, I’m down for this kind of story. 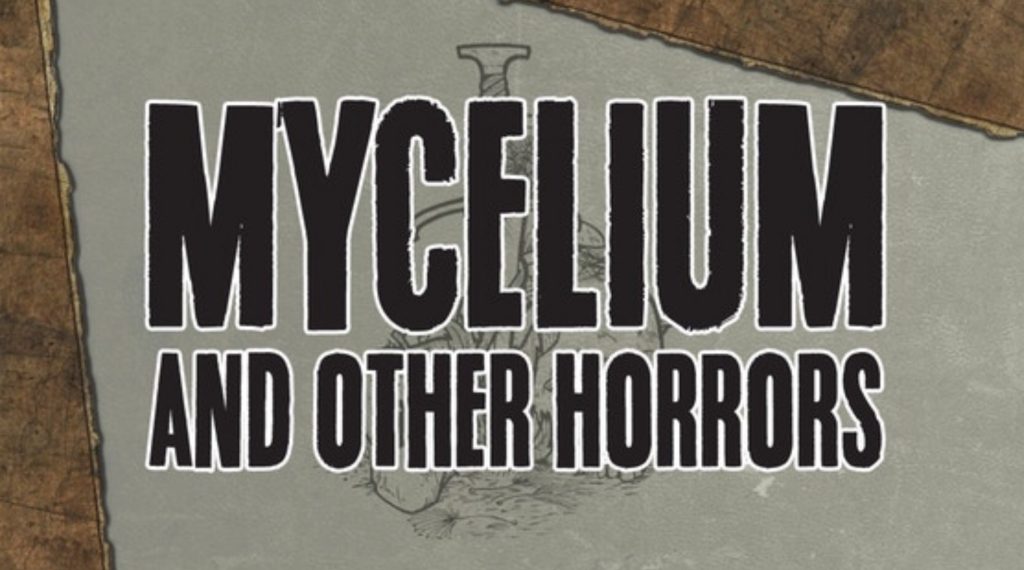 This is a series of four Trophy incursions, each of which are inspired by allergens, just in case Trophy wasn’t sinister enough. I’m not sure what a pollen-based incursion will entail, but I’m curious to see.

You are escorting a queen to safety, along with her heir (played by one of the group). Jason’s made some good games in the past like After the War, and this game boasts a mechanical pedigree including Dream Askew, Kagematsu and Witch: The Road to Lindisfarne.

A Touch of Glamour by Mahar Abrera Mangahas

A PbtA game about fey and their lives in the modern world. There’s little on this, but the art looks nice and the concept is an interesting one. 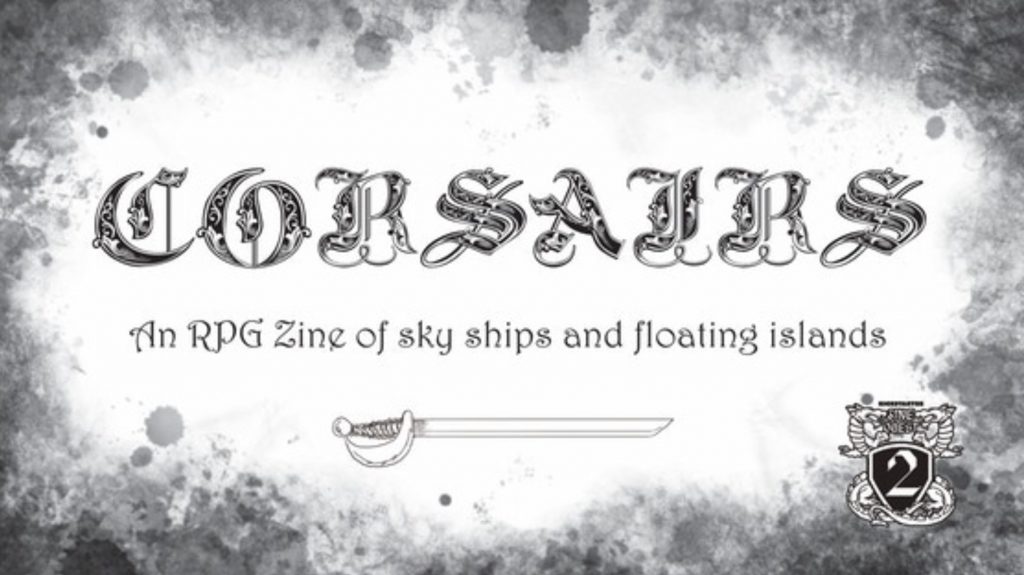 A game about sky pirates, where you get to make your pirates and your sky ship. It looks like a simple d6-based system and let’s face it, ‘sky pirates’ is a cool concept.

So those are some of the ‘zines which have interested me in ZineQuest 2 so far. Which of these interest you and which ones have I missed?

ZineQuest 2 Blitz!
Be the first to comment!
Leave a reply »