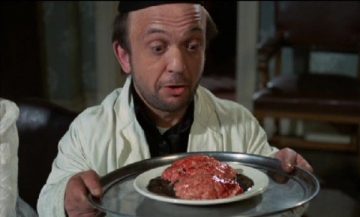 Jacob as Doc Roberts (does anyone really believe he’s a doctor?), The Salesman

The missing bodies & the fishermen

The sheriff and the librarian

A local gangster’s been using a psychic old lady to buy up the town, giant winged monsters live in the railyard and the fishermen are sacrificing dead bodies to fishy men out to sea. Hands took a thorough beating and Magellan seems worryingly powerful. Last session was fairly light on things happening, but it all shakes up in these final two sessions.

Doc and Dusty decided to start looking around the local farms, giving them a wide berth but trying to see what signs of the giant lobster wasps there were. The land around the farms had mostly been bought up by Jansen Chemicals and left to rot. An old factory building and the rusted train carriages inside were a sure sign of this. Dusty used Poke Around, which is one of the essential Tremulus moves. I’d mentioned the factory mainly as flavour and had my own notes about what was going on. 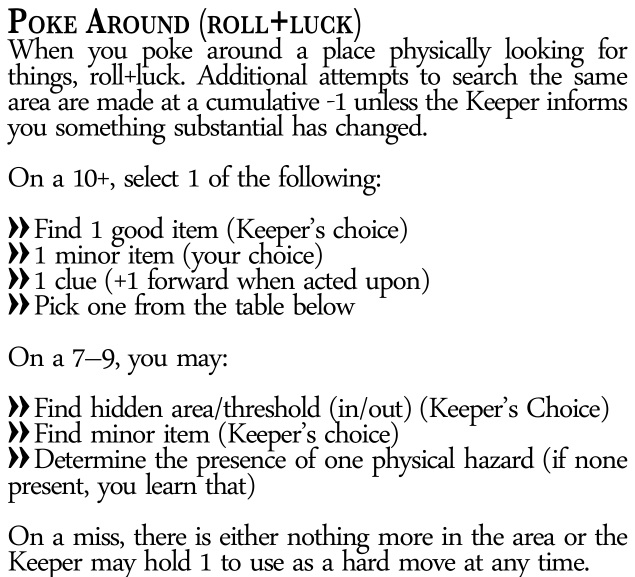 Dusty rolled a partial hit and decided he would find a hidden area. In PbtA games there’s a certain amount of the GM prepping the story and then leaving a lot up to chance or player narrative. I decided that Dusty found the hidey hole of a fellow hobo. It was where anyone else wouldn’t have found it and sure enough, there was also the body of a hobo; skull opened and brain missing.

“Doc” had decided against following Dusty and instead headed out towards one of the only farms with a light still on. He was better with people than with poking around an old factory. He was greeted by a man called Donald Andrews and I admit I probably shouldn’t have given him a silly voice. I’m not great with voices and sometimes default to a few or try something and forget part way through the session. I try to note down a vocal tic and the recently-closed Kickstarter for, “Noisy Person Cards” should hopefully help. Here, however, it removed a level of tension from their conversation.

Donald explained that he had a giant fruit orchard just out from his farm. His wife had passed away and he’d sold his farm despite not really knowing what to do with himself now. The old man evidently had a love for the place and talked about the strange men in suits who came here. They’d checked out the land a few times. Doc asked to have a look at the place, maybe get the tour and some tales of how the place was. The pair wandered through the trees and out to an old shed where Donald still had some beer. Doc tried convincing him to go and get it while he snooped around. Doc found a giant egg pod and Puzzled it Out. He asked what it was and I explained that this is how they breed; pods buried in the earth. As he was backing away, Donald left the shed and the thing hatched. It lashed out at Donald, killing him. Doc fled as fast as he could.

Cut to Sam who had sent a messenger to the partially-built Magellan Hotel. He asked Tommy to meet him at the trainyard, after the tales which Doc and Dusty span from their encounter there. He watched and waited.

Flashback and Sam was scouting around the trainyard and the thick red grass outside of it. Closer inside, he saw the grass growing larger, with large drops on them like dew having collected. Like smaller versions of the pod Dusty saw. He fell through a weak spot in the ground and clambered up, seeing small lobster-wasp monsters sleeping and resting with their proboscises through the earth. He ran to the station master’s house and hid, failing a roll to remain stealthy. Still, he wasn’t attacked again…

Back to the present and he saw some Jansen guys lit up by a car’s headlights. They seemed to be passing metal cylinders to some people from the station. He his and they went. Then Magellan’s men showed up, but not Magellan. Of course he wouldn’t have the guts to come here himself. The men were torn apart by the monsters which Sam used as his opportunity to run out of the station master’s hut, through the grass and into one of the gangsters’ cars. He escaped and didn’t look back to the screaming. There was a screaming Doc running along the road, looking for where Dusty had parked the car. Sam picked him up and they drove away.

Dusty, meanwhile, was poking around another farm building and found a creepy basement mentioning, “The Order of the Light” and with photos of fishermen, of the train yard. 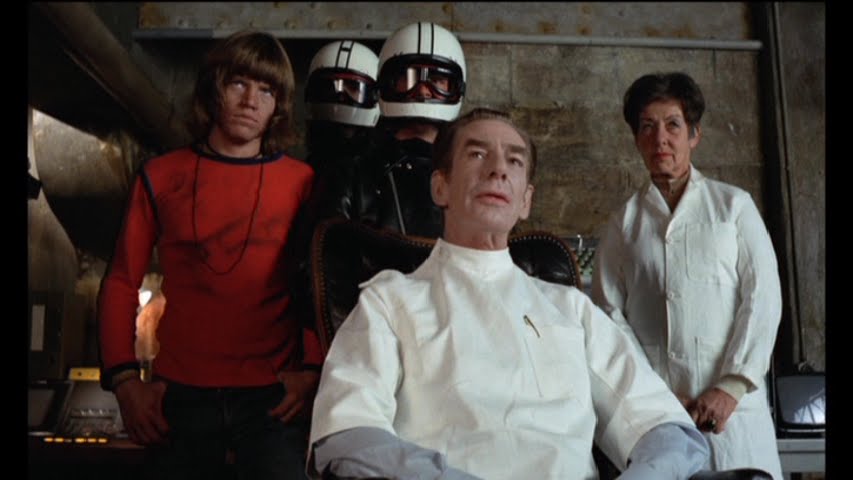 Back at the hospital where Hands was still recovering, Fred was guarding him, pretending to sleep. A couple of goons came in and Fred tried to ambush them with a needle. He dropped the needle and was stabbed by one of the goons. Trying to regain control, he thumbed the eyes of one good and was throttled to a level where he couldn’t talk. He kicked a goon unconscious and the noise from that woke Hands up.

They looted the goons, finding car keys, poison, a map of dangerous places and targets. Once in the goon’s car, they find a tommy gun which Hands named “Billie”. He got way too invested in Billie, way too fast. He met up with Doc and Sam who had caught up with Dusty. The group drove to the flophouse and saw Magellan’s goons outside; Forrest and his men preparing to go somewhere. Hands opened fire, killing the gangsters he’d been sharing living spaces with for all the campaign so far.

“Fewer,” Doc corrected. And now they apparently had a body to use as a bargaining chip. What?

Yeah, so they dropped a body off to the fishermen and said that they wanted to meet Wendell in Ruby’s Diner the next day. Not at all morally dubious. Fred lost some trust in Doc for these actions and gave it to Dusty who was equally not really fine with this.

They went to Sam’s old family home which would be the new team location for a bit. They all came to the conclusion that Jansen and the lobster-wasps were the same thing, although they weren’t sure who was in control. The monsters seemed eager to breed but they weren’t sure what else was going on.

Dusty had a bath and Sam gave him some respectable clothes, compared to the hobo chic he’d been wandering around in. Lee protested about all the hobo-shaming but really, you picked the playbook, Lee. They all had breakfast around the kitchen, drinking coffee and figuring things out.

Fred mentioned that this was the guy who put an axe into Hands.

“That was literally yesterday.” Technically the day before, but the sentiment holds. “What about the lobster things?”

“As Shakespeare said, ‘fucked if I know.’” 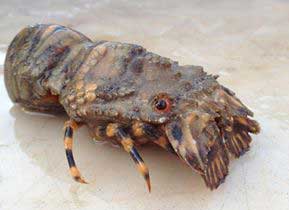 Doc left, having managed to bully Gerry (remember Gerry?) into letting him into the sheriff’s office. He told Sheriff Parks that he knew about the monsters and wanted to help, but he didn’t know what to do. Parks explained the arrival of the creatures many years ago and the changes which happened to the city. Parks was convinced that Doc wanted in on the Order of the Light.

The meeting went surprisingly well. Sam made an impassioned speech and the only fisherman who wasn’t keen on the plan was Cliffside Clifton (not to be mistaken with any other Cliftons). Despite that, there was a deal. Wendell was unhappy with the source of regular dead bodies being a gangster who wanted to make so many changes to the town. He told the group that he was going to meet Magellan at Pershing Cross, a local church.  If they could get rid of him there, they would have an alliance. The group agreed.

Fred didn’t attend the meeting, instead he went to Jansen Chemical to explore and discover whatever was in there. He had a look around and tried to uncover any history. It was Sullivan Chemicals a long time ago. It had a weakness of no people inside most of the time; a skeleton crew at most. There was a regular pattern to their movements. Inside he could see giant sinister machinery of otherworldly origins. 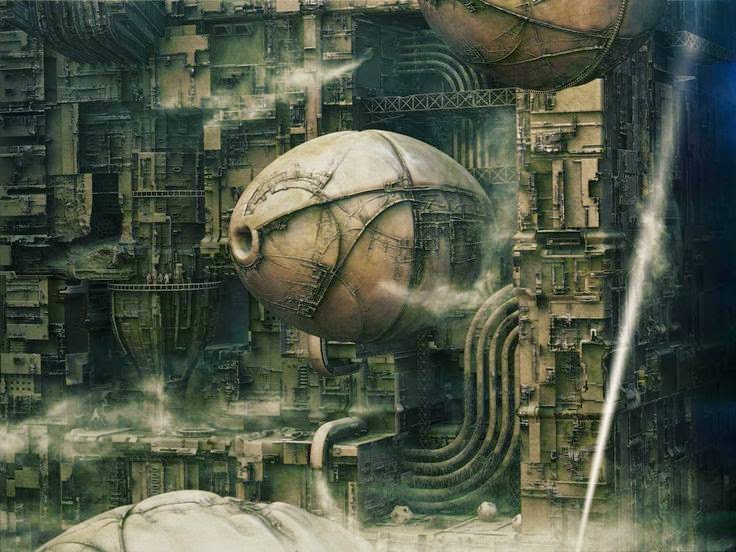 At this point, Jacob had to leave as it was getting late. This meant that Vinnie’s ride was leaving. Ash and Josh still wanted to have the meeting with Magellan so Lee called it a day as well and we had a super secret final scene with Hands and Sam at the meeting. Lee, Jacob and Vinnie heard what happened, but we kept a lot of it veiled. Here’s what went down.

Sam and Hands parked behind the church, Hands insisting on bringing Billie with him. They saw fishermen at a couple of benches in the park out front and Wendell at one by a fountain. He was alone and pretty exposed. They found good hiding places and Magellan’s meat van showed up. The man himself and a couple of goons got out. Rather than plan or hide and potentially blow their cover, Sam and Hands charged their foes. Hands rolled and decided to inflict terrible harm on Magellan, peppering him with bullets. He collapsed, a bloody puppet with its’ strings cut. The goons were still there and armed, barely injured by the initial salvo. The ensuing gunfight took a terrible toll on both Sam and Hands, who took several bullets but eventually put the enemies down. Billie was sadly lost in the fracas. They went over to Wendell who congratulated them on freeing the town. Then they collapsed.