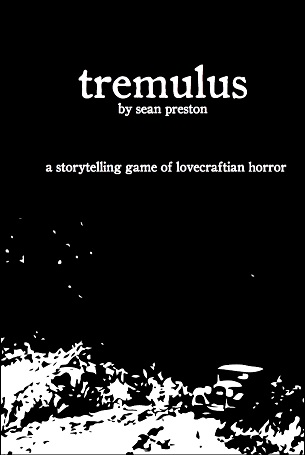 Jacob as Doc Roberts (anything but an actual doctor), The Salesman

The sheriff and the librarian

A local gangster’s been using a psychic old lady to buy up the town, giant winged monsters live in the railyard and the fishermen seem to be doing things with dead bodies. The aforementioned fishermen have knocked out and kidnapped Hands while “Doc” and Dusty are in a fix at the local library…

Sam Star couldn’t find any of his new friends, so he decided to get the ferry over to the asylum, after discussing with the group about what was going on there. He tried reading the ferryman, Murphy. He needs money and is upset about the controversial new pier being built. Sam of course used this to try and win him over for his upcoming political campaign. Once he arrived on the island where the asylum was he met Doug who he could tell had organised a few ‘accidents’ with patients in the asylum, although it was all on orders. He’d need to tread carefully. 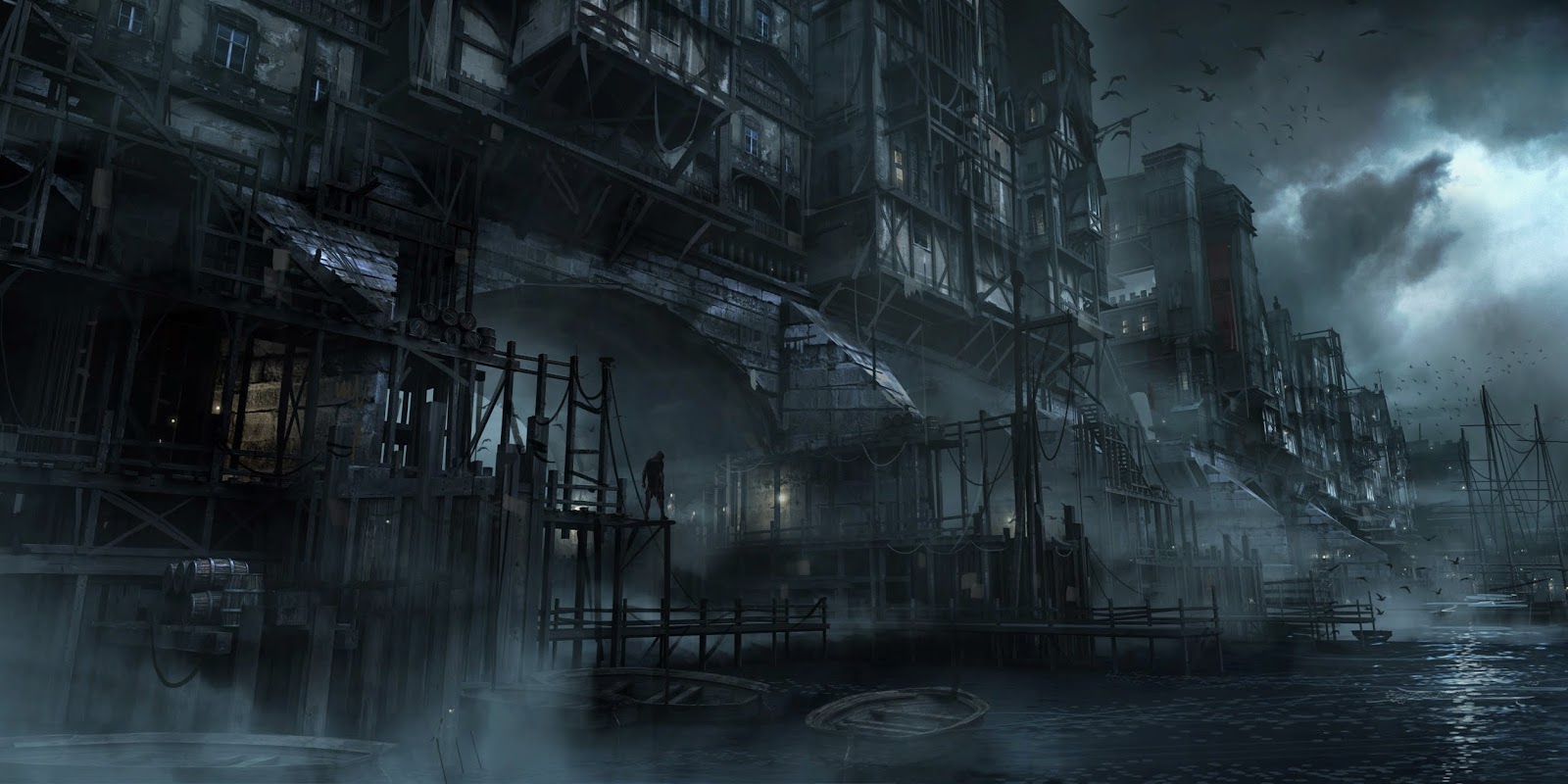 Hands woke up in an old fisherman’s hut deep in the labyrinth of old houses. An old, ruined boat in the distance and the light dripping from holes in the corrugated metal roof. He was tied to a chair and surrounded by armed fishermen. “Who are you with?” Wendell Wilkins asked, his smile-creased face more ominous while he had so many friends wielding axes.

“The new power in town,” Hands said, trying to appear threatening. The fishermen only laughed. Wendell explained that the fishermen were on Magellan’s side as he could sort them out with a surprisingly large amount of dead bodies which their cult needed.

Ash paused and looked at the notes, then asked, “How is a fishermen death cult not a hazard?” 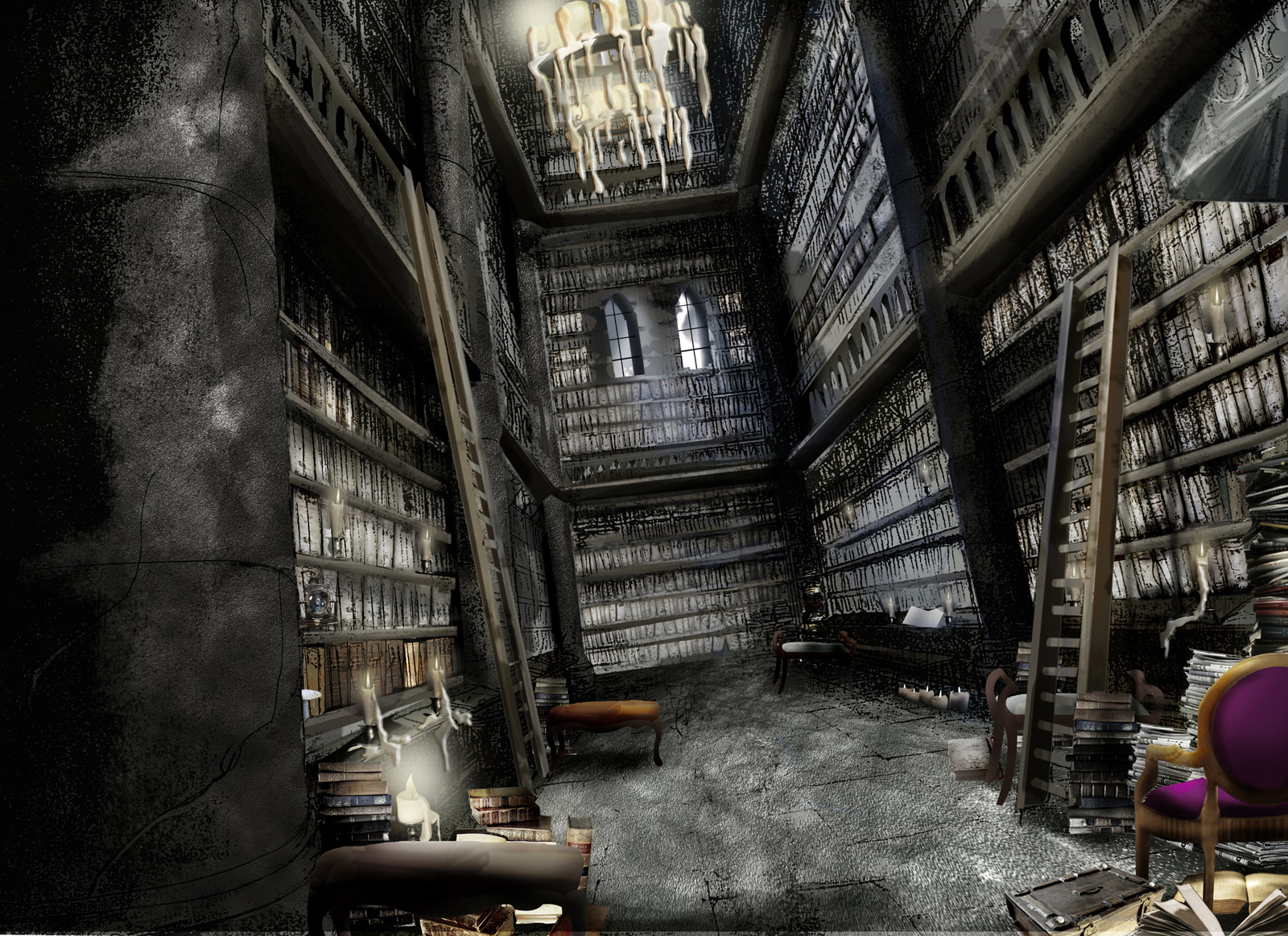 We cut away to the library and I described the location; the downstairs a closed maze of old books, the upstairs roped off, with Amanda Clementine talking to “Doc” Roberts and Dusty Dawes trapped in a hidden office in the dark.

The huckster ways of “Doc” Roberts weren’t working on the stern librarian. He tried to read her and saw that she’ll check her notes behind the locked door once he’s gone. Dusty tried hiding under a table and banged his head as he went, but not harming himself considerably. “Doc” went downstairs, raised the alarm on the door and when Amanda ran down, Dusty was free to flee, as was “Doc” once he got through the labyrinth of shelves.

Fred went to investigate where the fishermen were and found out that Wendell had been dispensing “local justice” to Hands. He went back to his bedroom at the flophouse and activated his Lore move, trying to recall pieces of gossip he’d picked up. He heard tell of a conman’s boathouse which had drainage going down to some docks by the offshore cemetery, shown by some lighter bricks. It was used for smuggling back in the day but would be a way into the fishermen’s territory unseen. He set out. 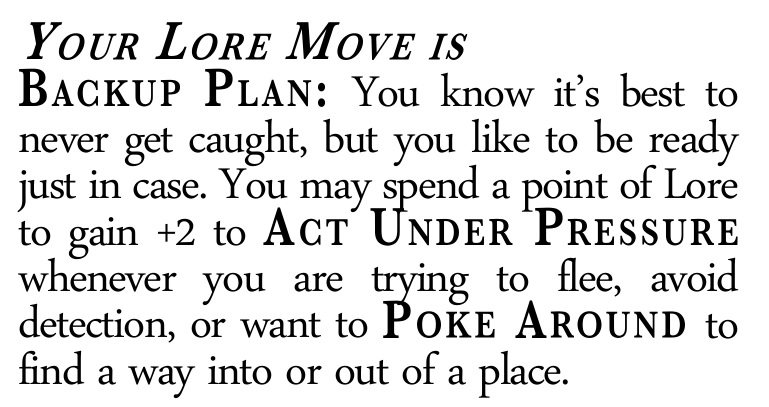 Hands woke up, bruised and beaten from the fishermen who’s been interrogating him. He decided he’d had enough and needed to escape. The Criminal’s Lore move allows him to burn a Lore point to gain +2 when trying to escape or flee, so it was a perfect use. He rolled a 2, though. The good news was that thanks to the Lore move he had a total of 7. He managed to break out and get his gun free (the stupid minions forgot to disarm him!) The thing is, he had his gun pulled against six men, three of whom had axes. He got a shot off but was hacked at and kicked down a deep hole. Around this same time, Fred was in the drains under the building, picking through bones and looking for a way up. He heard a shot, then screams, hung his lantern on a nearby bone jutting out of the wall and saw Hands’ body roll down. He treated Hands’ wounds with lamp oil as it was the only thing he had which might disinfect the injuries. I don’t think it would and people I’ve asked have said it might actually be worse, but we went with it. Hands lived… barely. He took, “Broken” as a debility. This gave him -1 passion from now on and was permanent. Once you’ve taken a debility, it won’t go.

Back at the asylum, Sam went into the north wing and talked his way into getting 15 minutes with Gladys. Her predictions included a new police station being needed in the next two years. A star ascending (Sam assumed this was him), but also that he would be the king of ruins. Then it was time for the fun visions to end… Tommy Magellan was here. He threatened Sam and revealed that despite their good rapport, the ferryman sold him out to Magellan. Sam went back to the shore, intact, but with his hackles up.

The group met at the hospital, where Fred had dropped Hands off, under the name Dwight Hargreaves. Wealth was spent to help the roll to heal Hand up. The result was a 10, which meant he needed monitoring and care for the next 36 hours, but he would pull through. With this news, everyone but Hands went to a speakeasy to share information and work out what to do.

In the hospital, there was a brief moment of Gerry Tinder stood over an unconscious Hands with a pillow, ready to suffocate him. He couldn’t bring himself to.

Back at the speakeasy, Sam said that they needed to deal with the people-eating freaks. They couldn’t talk too much; Magellan’s men were everywhere. Sam handed out some wealth as spending money for the group. They would need to prepare to take on Magellan and Wendell.

An anticlimactic end to the session, but I think we ran out of time. With only a couple of sessions left, the group knew the main factions they had to deal with, even if they weren’t sure what to do with that knowledge yet. Next session, things get violent.