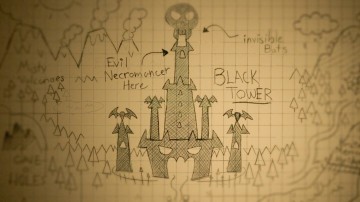 I listen to a ton of podcasts, some I’ve stuck with since I first hooked myself into the monster that is iTunes, others I’ve drifted in and out of. In the last couple of years I’ve been listening to more RPG-based podcasts. Here I’ll explain why and tell you what to expect.

Podcasts are an interesting alternative to radio and in a recent talk with someone who used to role play a lot, RPG ‘actual play’ podcasts are like a radio play with improvised elements. They tend to have a beginning, where we learn about the players, their characters and the gist of the game. They have a middle, with dramatic twists, fights, interpersonal conflicts. Then there’s a finale for most of them, wrapping up what was experienced, sometimes with a review and/or interview with a creator. Different podcasts differ quite a lot in their format, but as a whole, you’ll hear a story from start to finish like any audio drama. The ‘acting’ is more in the moment and certainly not to the quality of actual actors, but there’s a kind of purity in that. If there is a narrator for the game then they’ll try and wrangle the players along a storyline and otherwise, the mechanics and themes will often let that happen naturally.

I go on walks quite a lot, either in the evening if I’m restless or on the South Downs if the weather’s good at the weekend. I tend to let a few episodes of RPG-based podcasts queue up and listen to a few of them in a row. Where a lot of written work is going into YouTube, the RPG is actually a perfect audio medium, existing mainly in the imaginations of the players, the narrator and anyone who happens to hear them.

If you’re curious about trying role-playing games and a little daunted by the prospect of finding a group, this is a good venue for hearing what a game would be like. For some, you might not have the time any more or have lost touch with your group. This is a good method of dealing with that and still having a regular hit of a group making a fun story.

Yog-Sothoth.com is one of the oldest Call of Cthulhu fan communities I’ve seen, dipping in and out of their work. The main series I’ve listened to of theirs is the epic “Horror on the Orient Express,” which is exactly how it sounds.

Call of Cthulhu is a role-playing game of 1920’s twee, hammy fun mixed with utter bowel-loosening terror, ancient gods and monsters man cannot comprehend. Horror on the Orient Express was a huge, glorious box set which was confusing in places and a little linear in how it worked. The YSDC players made it into a compelling tale of epic meals, murders and strange goings on. The group are close, chummy and very comfortable with the setting they’re playing in. Characters like the exasperated Colonel “Never” Goodenough and the impetuous Mrs Sunderland charm their way through a madness-filled saga.

It’s 34 episodes, so it’s quite an epic. I haven’t been able to find the podcast feed for them any more, but the audio files for this and some other Call of Cthulhu campaigns can be found here. 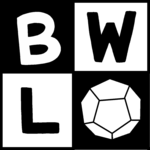 There’s a sitcom about board gamers. Did you know that? You should, it’s great. The show is on YouTube and called Board With Life. They have completed one season and have a second due this year at some point. There are also sketches for several games and news reports.

As well as all of this, there’s a podcast which was about tabletop games but has been taken over with a Dungeons & Dragons 5th Edition game. They are nearing 20 episodes currently, all at more palatable sizes than YSDC’s output. Most of the cast are actors from the show but there are also producers, all of varied role-playing experience. If you want to hear new people finding out how to do the game then this is a good place. They are playing D&D so it’s a little more mechanical and combat can take a little time, but it’s still fun to hear the tales of the dwarven paladin’s moose mount Charlotte, or the goblin who the group interrogated and later adopted. The format will change when the current storyline changes, with a new game covered and some different RPGs, too. 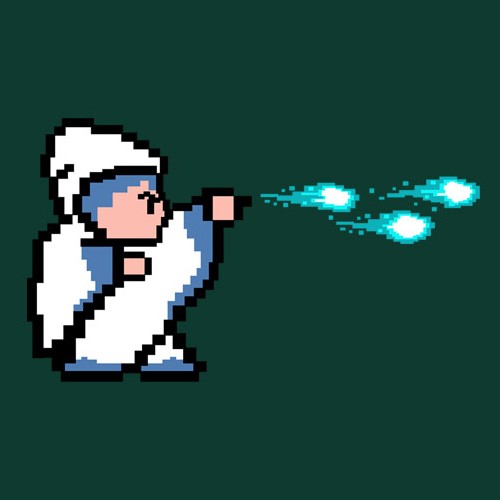 This is one of the podcast feeds I still follow regularly. I first discovered them looking for some actual play podcasts for Monsterhearts; a game I still hope to run for my group but feel may take a little persuading. The logline is that it’s about the messy lives of teenage monsters (imagine Buffy if it was shown on HBO).

Currently they are playing a pair of simultaneous stories set in a science fiction universe where each player is a pilot for a giant ‘mech,’ a living suit of armour. The idea is that it’s somewhere between Mobile Suit Gundam, Starship Troopers and Battlestar Galactica.

I recommend their Monsterhearts campaign, which isn’t for the faint of heart. For a series where everyone is a kind of monster, Robin the extremely needy human is one of the worse monsters. The ‘big bad’ is something far bigger and stranger than the cast. Characters come to blows and a lot of bodies hit the floor by the end of the story.

On a lighter (somehow) note is a post apocalyptic game using the Apocalypse World RPG. This was what inspired me to buy the book and features a society which has partially built itself back up. The cast again have conflicts with each other a lot of the time as well as with everyone around them. Mr Silver is the sleazy owner of an establishment which can get you what you need. Two of the fighters in his establishment are the adorably stupid Man and Susan, a dolphin in a weapon-covered suit of armour. Grace is a performer who gets into some harrowing situations and Lively is really creepy, but having so much fun. It lasts maybe a little longer than it feels there was drama for, but everything gets suitably weird.

The thing with these two games is that they are specifically story-first. As is their test game. This means talking and interacting with each other makes up the majority of the game and there aren’t vast amounts of mechanics getting in the way unless a specific move is made or asked for.

In between these episodes there are talks on games and some great ‘story time’ episodes with talk of things like a game of Dungeons & Dragons where everyone was a monster. Not a vampire like Monsterhearts, I mean a monster like a sentient fungus, a dragon or a clockwork shapeshifter.

The site for I Podcast Magic Missile can be found here or on your podcatcher of choice. Episode 24 is the start of Monsterhearts and episode 53 is the start of Apocalypse World: New Sodom. They are both 10 episodes apiece, however there are one-shots like Microscope (episode 50) which is a game where the group create an entire civilisation’s history in one sitting. It’s a game I’ll discuss later this year, once I’ve had a chance to introduce it to my home group. 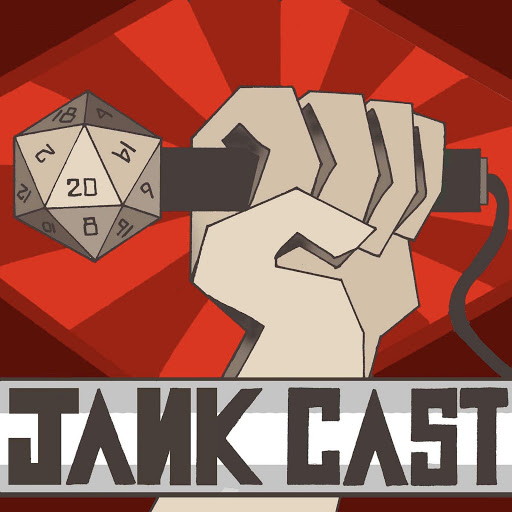 Unlike the epic length campaigns of IPMM and YSDC, the Jank Cast seems to put out smaller runs for the most part. The most recent recordings have the dynamic space pirate game Lady Blackbird in two parts. There was a Kingdom game about the political machinations of ghosts living in a near-abandoned hospital. They also played Monsterhearts with another creepy mortal, an angry psychic girl, one of a strange (inevitably evil) family and a late-appearing beastman. It only lasted four-ish episodes, but with a smaller group had a lot more intense scheming.

There are several other actual play podcasts for games which I have later bought, going back some way. The hosts have even Kickstarted their own RPG about a time travelling cellist and the children (you) who help him out.

The Jank Cast can be found here or on your podcatcher of choice. 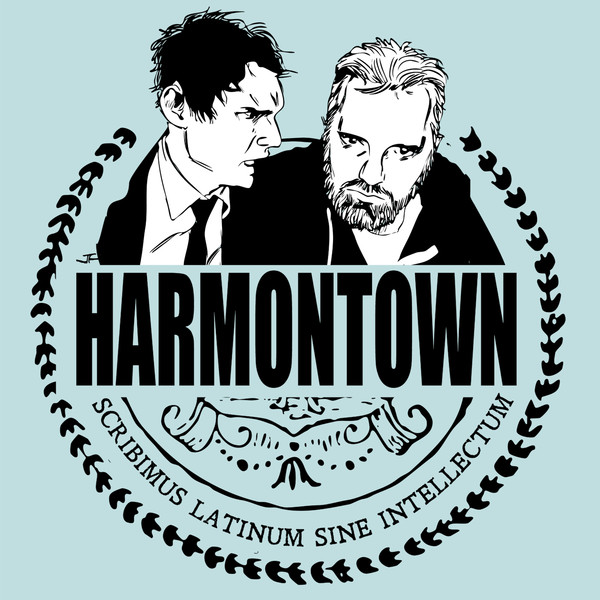 This is an odd one. It’s not actually an RPG-based podcast, not really. It’s a show where the writer of Community, Dan Harmon, gets drunk and rants with friends, his wife and often random people from his audience. It’s good fun and almost every episode ends with 20-30 minutes of Dungeons & Dragons. The GM is Spencer Crittenden who is often very tolerant and blase with the kind of people who turn up and play. The game is a mess, but a glorious one. The characters all have names like Sharpie Buttsalot or Chris de Burgh (played by Silicon Valley’s Kumail Nanjiani). The rolls are handled by Spencer as the group’s GM, actually using Pathfinder instead of D&D, but the public generally only know D&D. Guests take on absent players’ characters (one of them having Chris de Burgh cut his own penis off) or some have their own characters. Greg Proops’ centaur Tylenol With Codeine was terrible as a role-player but entertaining as a guy mucking around. Mitch Hurwitz (creator of Arrested Development) was confused as the eagle familiar of the group’s wizard.

For 2015 the cast are shaking things up by trying Shadowrun which mashes up cyberpunk and high fantasy genres. Harmontown can be found on any podcatcher.

These are all recommendations from me about specifically actual play-based podcasts. The Gauntlet and the rarely-updated Twitching Curtain podcast both go into some interesting places regarding game design, specifically with story games. The Walking Eye is sadly no longer with us but provides the same kind of fun collection of story game actual play recordings as I Podcast Magic Missile and The Jank Cast.

I hope this gives some of you something fun to listen to whether or not you’re a role-player and that if you have any recommendations, you post them below.