1
WDR Mumble Jumbo – November 29th
previous
Blades in the Dark Part 2 – How to Heist
random
next
Dungeon World: One of The Worst Things I Have Done to my Players in an RPG
RPGs
6507 views 0 likes 0 comments 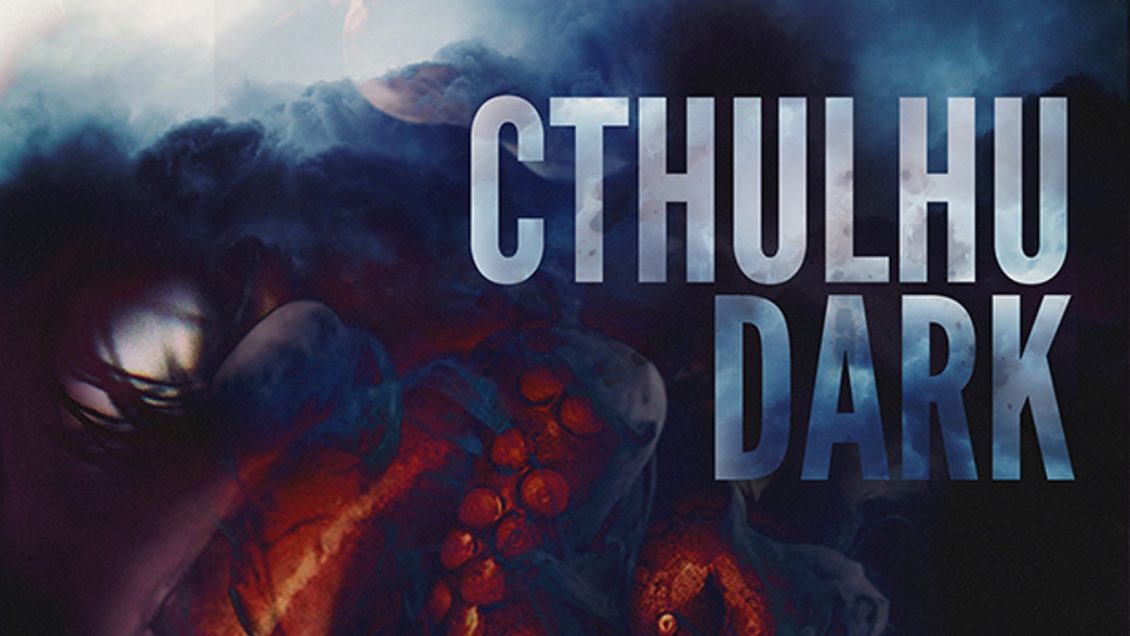 Call of Cthulhu was the first major Lovecraftian horror game. It’s now in its 7th edition and… there’s a lot of rules. It’s fine, but it’s not necessary. John Wick (game designer, not action movie hero) has often said that to play Call of Cthulhu you really only need one die, with ‘dead’ on half the sides and ‘insane’ on the other half.

That’s overdoing it, obviously, however the mechanics can often be a little clunky, or could obstruct the building tension. Graham Walmsley made a super-light system, the name of which came from his decision that ‘Cthulhu Light’ really didn’t sound right. 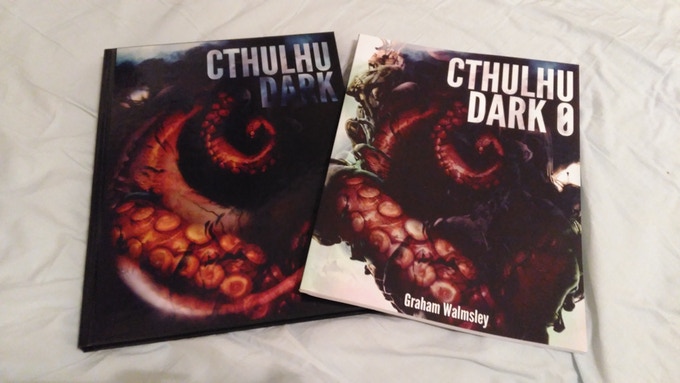 The original Cthulhu Dark system is tiny and has been free online for a long time. It’s found here. Read it if you want and come back. It’s probably shorter than this review. You may have some questions about it, like ‘what was all that about monsters insta-killing folks?’ and ‘how is there a 198 page book version of this system?’

The Cthulhu Dark system’s beautifully simple. Roll a die for doing anything a human could do, a die for anything relating to your character’s profession and/or background, then one more if you’re willing to risk your mind. There are two rolls; Investigation and Anything Else.

You pick your highest dice out of that die pool and that’s your result. Every roll progresses the story, which is great. A common problem in old school Call of Cthulhu was a logjam which would happen if anyone failed their Library Use or Spot Hidden roll and couldn’t find the one clue which progressed the story. On a 1-3 you get enough information to continue the story or just about get away, but at cost. Maybe the information is wrong, is bad or draws attention. On a 4, you get what you want and nothing more. On a 5 you get a little bonus and on a 6 you succeed but too much. This means that four of the six results will escalate the problems, even if you get what you’re after. In an Investigation roll, you see more than humans should see. On an ‘Anything Else’ roll you might succeed in knocking out a cultist but break your weapon, drop it or suffer some comparable problem.

There are a few rules which might trigger an Insight Roll (formerly Insanity Roll, changed in the core edition to be a bit more considerate and broaden what it means). Your only stat is Insight, which will increase with failed Insight Rolls and once it reaches six, you’re done. You’ve seen things man was not meant to see and can no longer interact with reality, whether that’s a complete snap or going all Sam Neill in Event Horizon.

Oh, and the fights thing. If you fight a person then it’s an ‘Anything Else’ roll. If you fight a monster, you’re done. Dead. Don’t fight monsters in Lovecraft games, what the hell are you thinking? This isn’t a ‘pulp dudes with guns’ game, this is a classical Lovecraftian horror style game. It’s a horror story under no illusion about your odds of survival.

The book itself starts out with the two pages of rules, but then it drills down. You have more clarification about what the rules can do and what they mean, then it goes even further for the GM. This increase in focus is great for familiarising yourself with the rules and preparing for the versatility of such a simple system.

There’s a lot about crafting mysteries, handling monsters including those from Lovecraft’s classic stories. If you’ve ever read Graham Walmsley’s Stealing Cthulhu (which contained a previous version of this ruleset in an appendix), then you’ll be familiar with this kind of content. 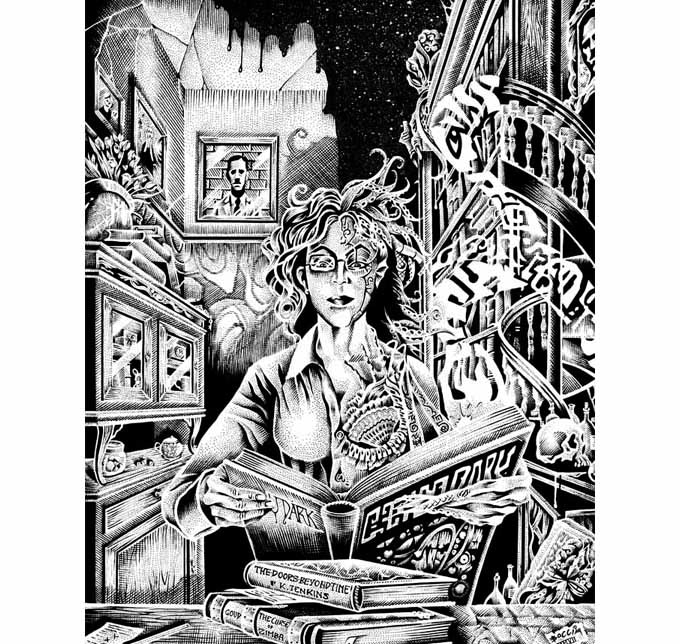 The majority of the book is split between four different settings and an adventure for each of them with premade characters and maps.

Something mentioned in the main rules and drilled down on in these settings is that the characters are low status. They’re relatively powerless in their own settings, which helps give that Lovecraftian brand of powerlessness. Lovecraft had a specific kind of protagonist and a specific kind of antagonist a lot of the time; wealthy white New England men as the main characters and foreigners or poor folks as the baddies. In remixing that, being a Lovecraftian character oppressed and doomed among everyone else kind of works better for mixing the metaphorical, literal and supernatural horrors.

London 1851 is the first of the settings. It’s Victorian London, specifically focusing on the poor and the grime of it all. London’s always been a place of class divides and this is a time where it’s really well felt. The adventure, Screams of the Children, is the one from the book I’ve run so I’ll talk about it later.

Arkham 1692 brings Lovecraft’s classic location in a new era. It’s Salem Witch Trials times and superstition is rife, more even than in the default 1920’s Arkham. The Doors Beyond Time explores this as you play a poor family who live in Arkham and the day after a witch burning, there are some things going awry.

Jaiwo 2017 is the only ‘modern’ setting, in a small African village. The Curse of the Zimba is a story which brings people together as there are missing persons in their village. It explores colonialism, new and old faiths and appropriating of other cultures.

Mumbai 2037 is set in a future version of Mumbai built on the ruins of colonialism and of the old city. The story, Consume, has the players as family members all working in a gigantic building which seems… odd. It’s kind of somewhere between Skyscraper and Event Horizon.

As a backer of the Kickstarter, I had the ‘season pass’, which included two other adventures. I ran As Good as a Feast, which is set in the 30’s dustbowl where a family are travelling to a farming community which will solve all of their problems. There’s also The Whole is Greater, which has the players being an African-American squadron in World War I, where some brutal murders have been pinned on them.

All of the adventures are fascinating and I’d like to run each of them. I’ve also purchased Graham Walmsley’s The Final Revelation series of stories specifically to run in Cthulhu Dark despite originally being made for Trail of Cthulhu.

This is not a game that needs much, resource-wise. As I backed the game to a PDF level I copied and pasted pregens onto a Word document and handed them out to players. I drew little plot charts and made lists of NPCs, Creeping Horrors and Themes to keep them to hand at all times. You’ll need d6’s and specifically green ones for Insight rolls. 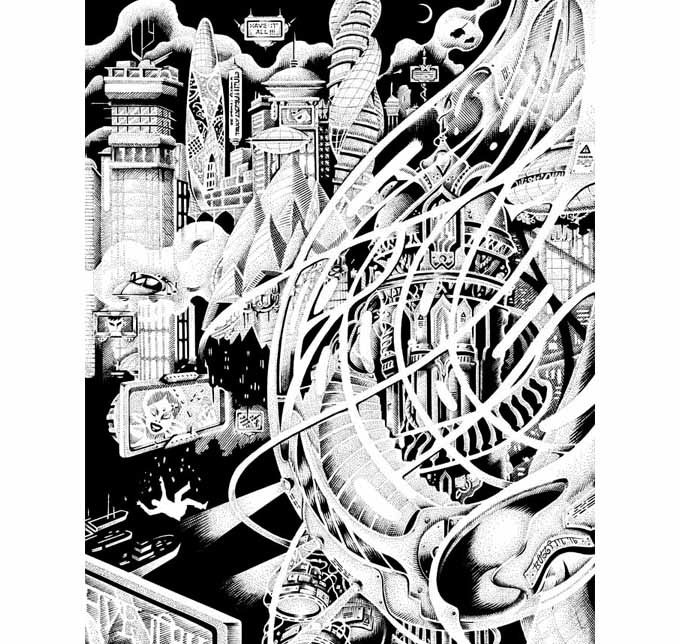 I’ve run two games of Cthulhu Dark so far. The first scenario was As Good as a Feast. My group played the eager father, uninterested daughter and her overeager fiancée, travelling through poverty and starvation to a place they could call home. Ultimately things weren’t entirely what the family were aiming for and even though there weren’t monsters and weren’t really many people in the game, the atmosphere was amazing. The investigation felt exactly like Call of Cthulhu, but with a lot of the mechanical faffing cut out. As the daughter became more unhinged, her player played along, aware that this was a one-shot and that they weren’t playing to win. They were playing to escort these characters into the darkness and to revel in that.

The second game was Screams of the Children. It took us two sessions and had some reactions which were fascinating. The group played women in a boarding house in Victorian London, each of professions such as prostitute, flower girl, abortionist and pickpocket. Their friend had been gone for a year and suddenly returned under worrying circumstances. The group were still able to joke and give vignettes of the lives of these women in the city. When it went dark, it went really dark, though. One of the group sat out of the second session, telling me that he was having difficulty with the game. That was fine and the right response for a player to do, as I’d much rather that than have them feel uncomfortable. The rest of the group made it through the second part and my word, it descended into darkness. By the end, one of the group said that he was fine with horror, but this was basically his line. He didn’t want to go any darker than what was experienced in the game. I kept the X-Card out at all times and checked in a couple of times with the players to make sure they were okay.

I really want to run the other games when there’s opportunity for a one-shot, but I also know that my group need some lighter games after this. For continuity, we played a campaign of Night Witches, an Eli Roth style Dread game and then Screams of the Children. I think after all of that we all need a break from the darkness. Cthulhu Dark lived up to its name and provided a good breaking point for all that. I know we here at Who Dares Rolls have debated a few times whether games could scare people and right here, this adventure did that. One player mentioned liking horror, being fine with horror, but this was his absolute limit. It’s fairly satisfying to be able to scare my players, especially with safety tools and check-ins to make sure people were okay along the way and being accepting if they weren’t.

Just to read, the book is fantastic. The advice makes for a good resource for any mystery game and a good follow-up to Walmsley’s Stealing Cthulhu. The settings provide a lot of flavour and the adventures are all stellar. You can harvest the advice, the settings and the adventures for other Lovecraftian games or if you’re like me, you’ll want to run every Cthulhu game using this system, as it’s just so neat.

I admit this system isn’t going to be for everyone. A friend of mine heard about this system ages ago and got annoyed with the idea that if you fight a monster, you die. Still, this is a game where you’re not fighting hordes of monsters, there’s going to be one or two and they’re going to be the worst things in the world to your characters. Fighting cultists, police or normal humans is fine, it’s a ‘doing other things’ roll. There aren’t hit points because there don’t need to be. The same with skills. It’s beautifully simple and any more would be unnecessary. This game cuts to the bare bones of what the rules need and lets you engage with the horror directly, without any of those mechanical defences in place.

I’ve not yet played Trail of Cthulhu or Cthulhu Hack, but I have played a lot of Lovecraftian horror games and so far this and Lovecraftesque are my two favourites. They push the focus on the story, immerse you in theme and deal with Lovecraftian horror so well.

Cthulhu Dark’s free version is found here.
Cthulhu Dark Zero is a preview which includes the rules, some of the advice, the Victorian setting and Screams of the Children. It’s available here.
The whole book of Cthulhu Dark can be found here.