by Charlie Etheridge-Nunn on January 9, 2017 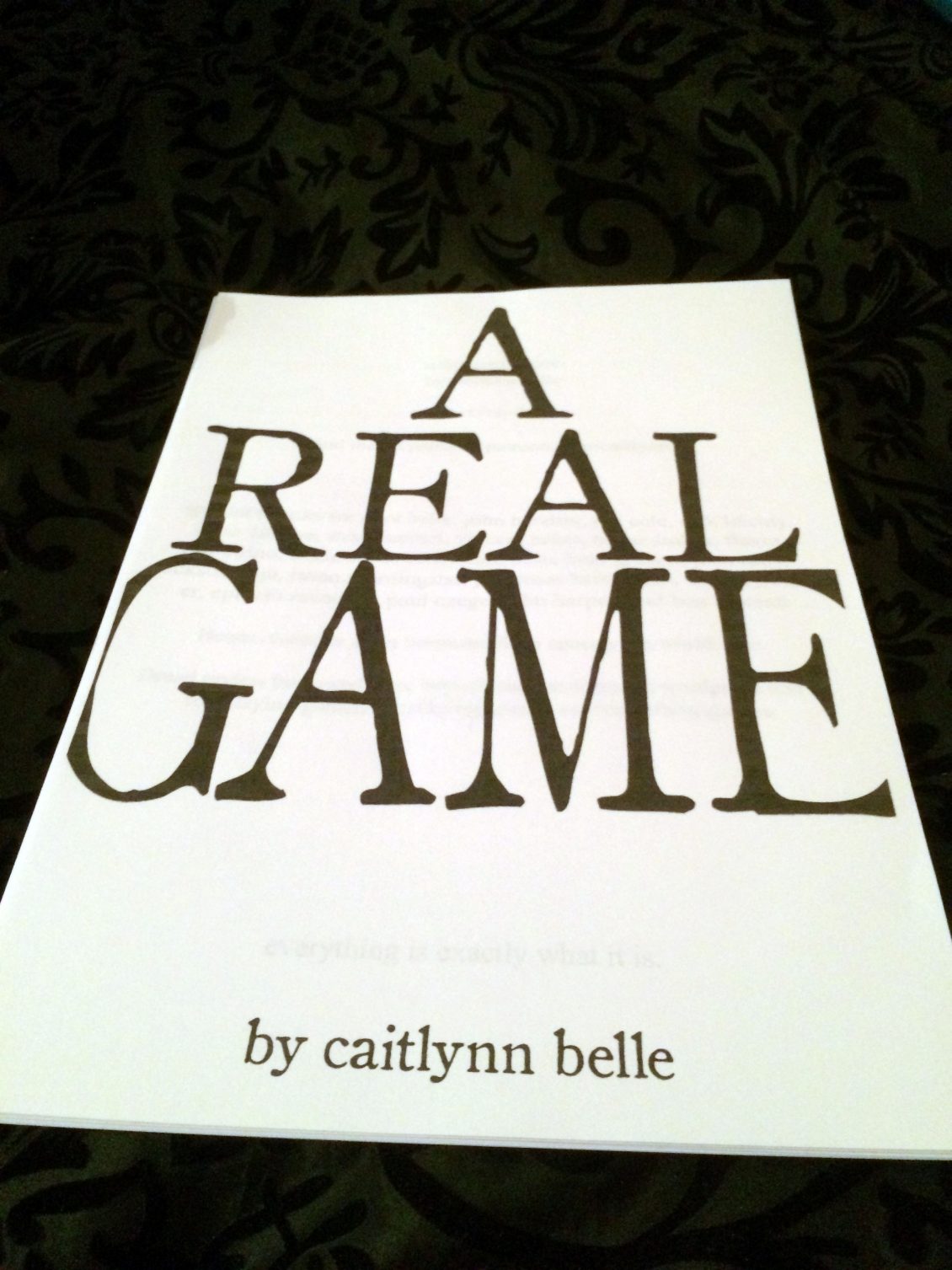 This is a weird one to review. It’s like trying to review The Stanley Parable or The Beginner’s Guide (which I actually did. I’m drawn to these games and they’re so tricky to articulate. A Real Game is free and all you need to do is print it out in order. Try not to look at the contents as you do.

A Real Game is a game about a game. A real one, as the name states, or maybe it isn’t. The instructions are fairly simple; you read the pages and turn the pages. If something’s in red and underlined (in case you’re using a black and white printer) then you follow the instructions. You’ll want to do this alone, somewhere maybe a bit peaceful, a bit quiet. I was listening to some music when I played this and stopped it part way through, to cut out any outside interference. 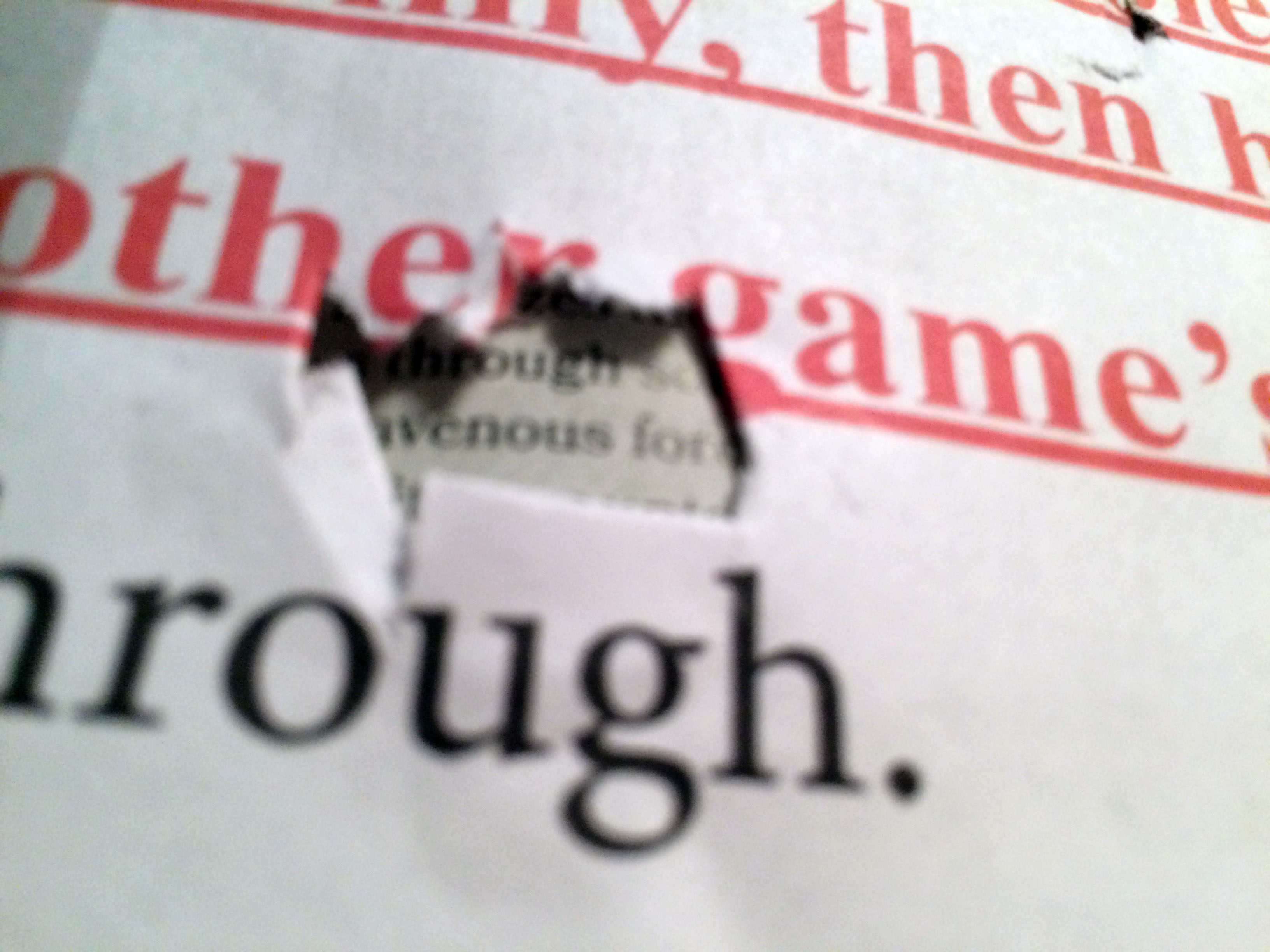 Games are weird things, especially these days when we have so many people talking about what games are. As a roleplayer I’ve often had to explain the hobby to people and they’re tricky beasts to nail down. When you explain them as a game where conflict resolution is made using dice rolls someone will find a way to make it playing cards instead, or Tarot cards. Or Jenga. Or they’ll remove the conflict. Or it’ll be about drawing on the other player’s arms.

This isn’t exclusive to RPGs or to tabletop games. Video games have had so many arguments about what is and isn’t a game. It doesn’t have a score or lives or something to beat, does that stop it being a game? Her Story is simply watching videos, but it isn’t, is it? Mountain is a game I found ridiculous and awful but I wouldn’t say that it isn’t a game. A Series of Gunshots is a short set of vignettes where a keystroke… any keystroke, will cause a window somewhere to flash and a shot to ring out. In video games, “not a real game” tends to mean something that the speaker doesn’t like, where they have an internal barometer of taste and want to exclude something from the dialogue. Undertale isn’t a proper game because you can solve things through pacifism. Tales of the Arabian Nights isn’t a real game because it’s just random and you can’t figure out tactics. Cards Against Humanity isn’t a real game. 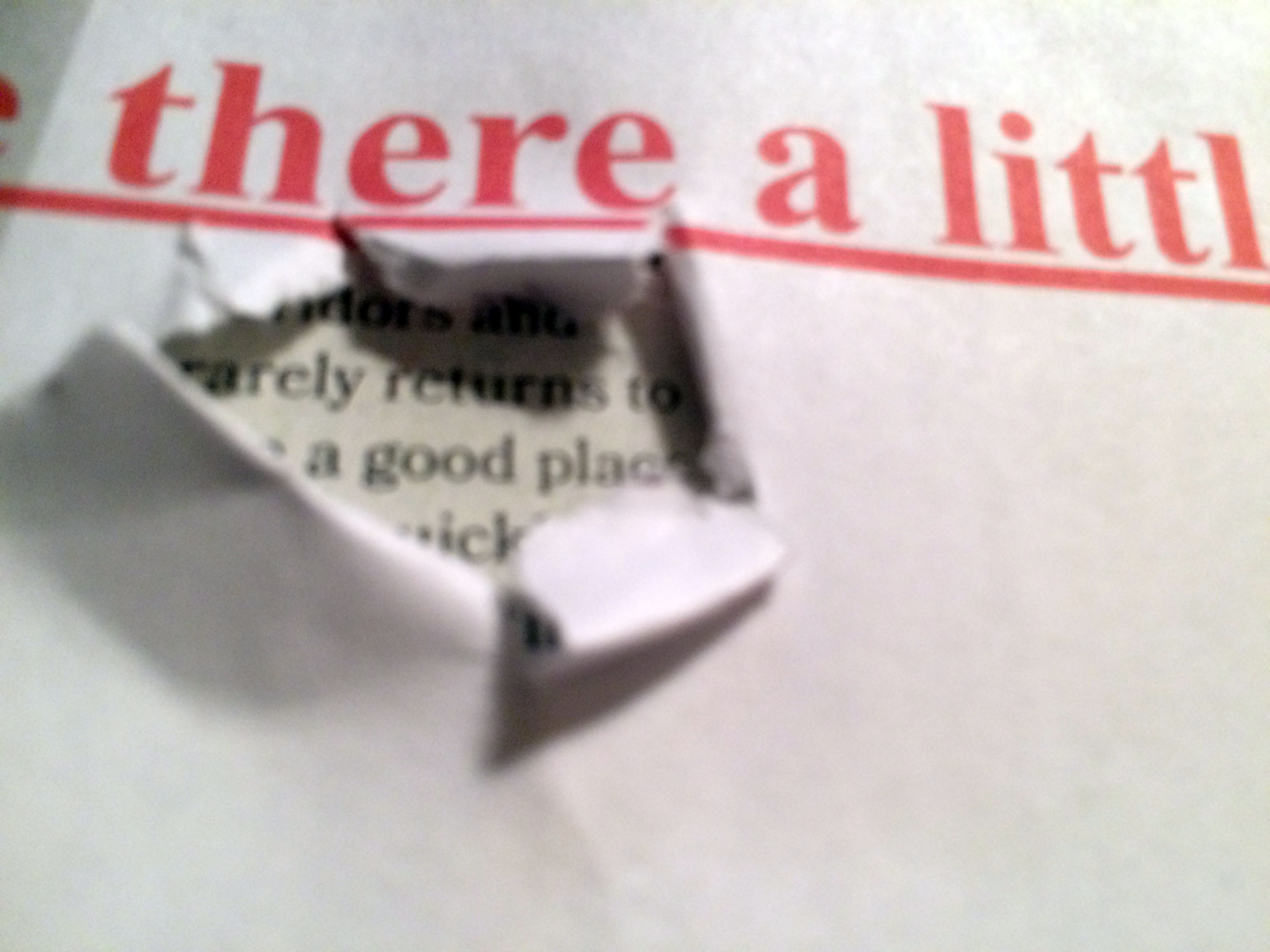 I’ve been told that the glorious Dungeon World is less valid than Dungeons and Dragons because it lacks mechanics for Initiative, that Fiasco is lesser because you don’t use die rolls or have a DM. These are games which seem to be easier to win inexperienced gamers over with as their paradigm of what a game is hasn’t been cemented by years of moving your man on a grid and rolling THAC0 (if you don’t know what THAC0 means, you’re not missing anything). 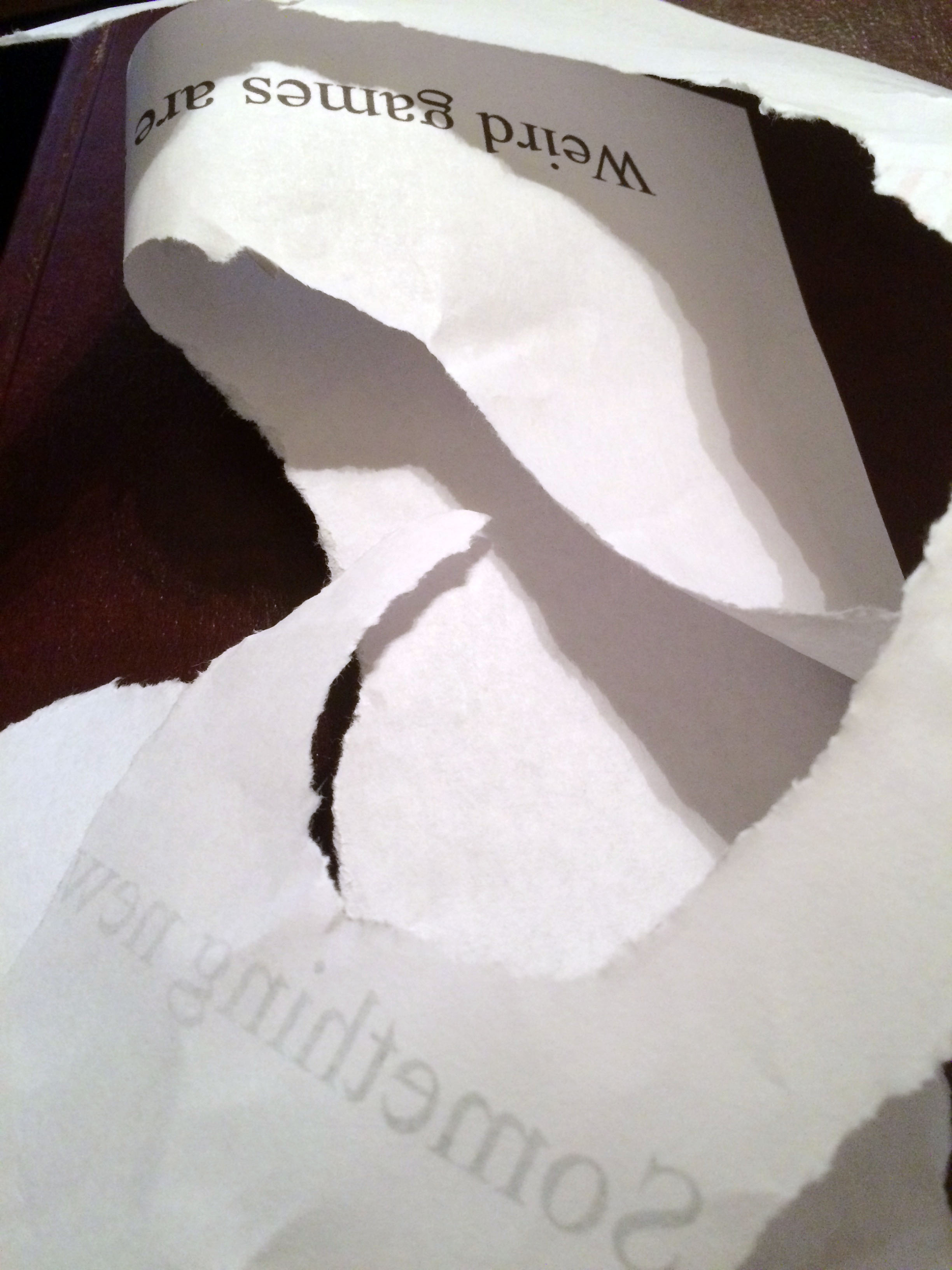 So what is a real game? Can anything be a real game? Flipping it on its’ head, how do creators feel about this state of ‘realness’ of their games? Is this going to create a level of impostor syndrome within the creator?

I have terrible impostor syndrome. I walk when I’m anxious and can’t sleep, generally with some music or a podcast late at night. I have routes I use around the neighbourhood which take an hour or two and I follow those patterns rote. I weave through streets until I hit the slope up to a windmill, then down a long stretch of road or two a park. Eventually I make my way back to my side of the tracks; hopefully my body and brain are tired out.

I changed jobs a few years ago, after years of being unstimulated in a job I despised, doing things I hated. The interview for my new job went surprisingly well even though I had to hide a permanent-markered, “POW!” on my knuckles and not realising my flies were undone for the whole thing until I left the building. I started working there and I realised that this was like the next level up from what I was used to. I was completely unprepared for the amount of knowledge. I went through the training and hoped that anything would stick, even people who joined after me came from the same field and were more experienced. I was a fraud, a faker, plagued by dreams of being dragged out of my chair, out to the train station and back up to the nightmare hellscape of Haywards Heath where my old office, desk and chair were waiting for me. After escaping, I was a pretender. It took a lot of time and tons of paranoia about being caught out for knowing nothing at all about the field I was going into, but a few years later and I’m a lot more comfortable in my job. I’ll hit that point again with something new, I certainly did between realising I had to ask out my girlfriend and actually getting round to it. 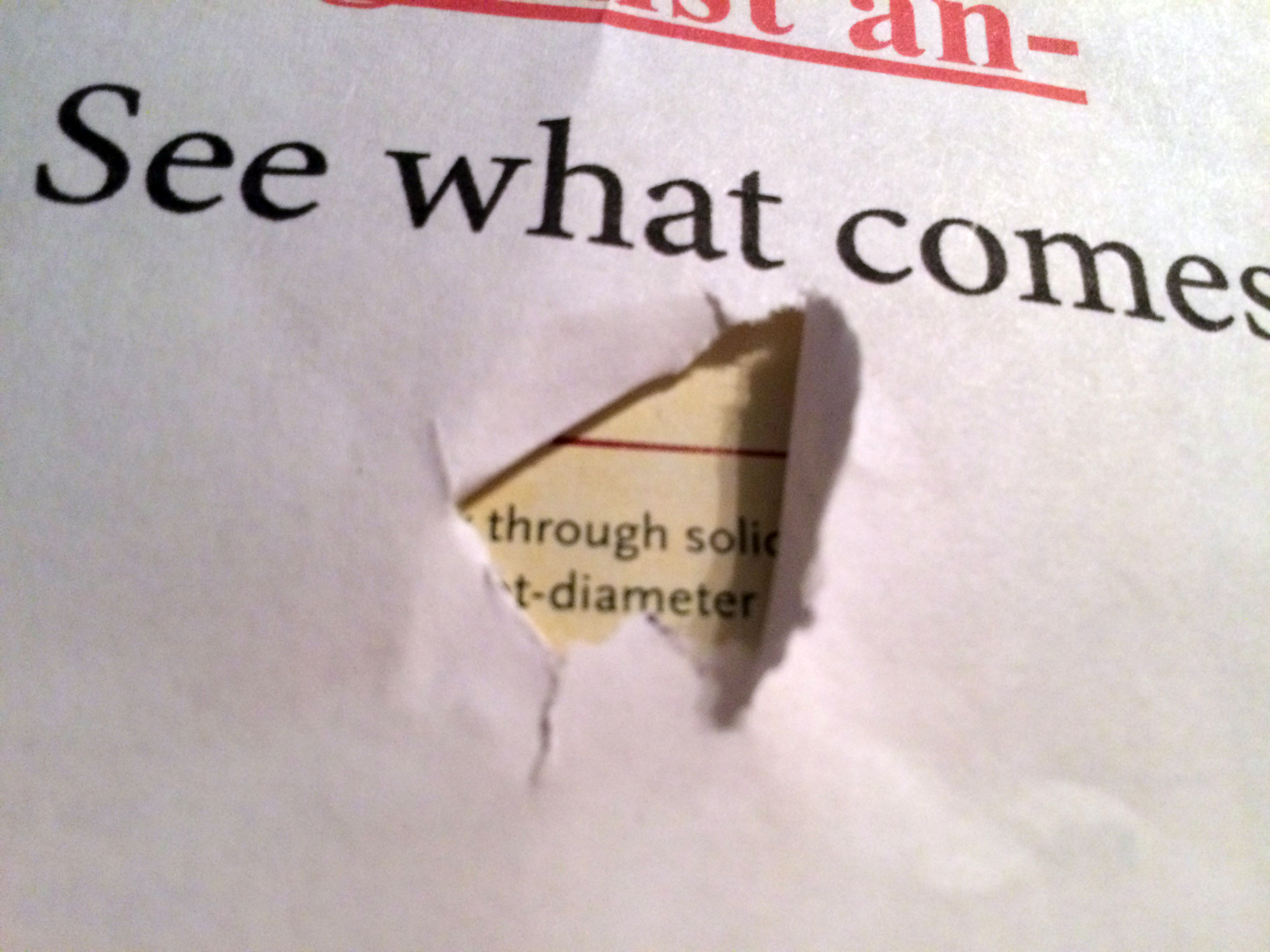 That place is where Caitlynn Belle has struck with A Real Game and why it says a lot to me, just in my short time with it. You may have noticed that I’ve ducked away from talking about the game itself and won’t go into what it’s about… I’ve possibly said too much and certainly shown more than I possibly should. At first I was in a state of, “Is that it?” but the ideas were inside, percolating and still are afterwards. It’s an experience which brings more to itself after play than during, although the actions it makes you perform are interesting in their own right, as you may have noticed from the pictures I’ve uploaded.

A Real Game is five dollars and found on her site here.

If you like Caitlynn’s work, you can also support her at Patreon here.