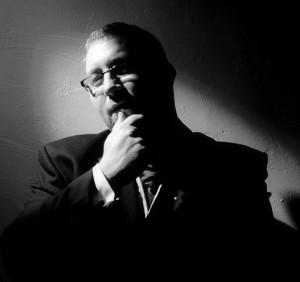 He will not quit, he can’t be bargained with, he… oh he’s asleep.

Paul Dixon or Cog to give his internet handle is a Man of few words. His every action is a calculated slow and methodical process. He once played his turn of Twilight Imperium 3 for an entire week.

Invented his own religion to which nobody is sure of the exact rules regarding its following and indeed we wonder if Paul truly does himself. Has amassed a collection of World Of Warcraft TCG to rival the library of congress. Despite this he still doesn’t know how to play it but can often be found sleeving his precious things and muttering to himself.

Prides himself on his narcolepsy and has spontaneously slept through many momentous world events blissfully.

Is able to kill a man with only dental floss and a walnut, or so he claims. Although we have never challenged him to prove this.