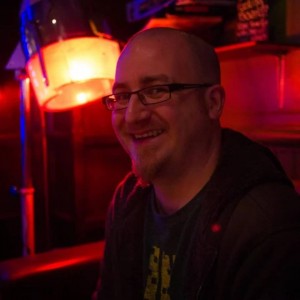 During his short and disappointing time working in Amsterdam.

The brains of the operation, well that’s what he tells us. Ben Hendy is very busy. He has published the children’s book How To Fill a Black Hole read all about it here at Milliwaysbooks. He Prefers deep tactical and Euro themed games, he will tolerate Mikes obsession with ameritrash and thematic heavy story stuff, but only for so long.

Can’t believe you don’t like Cosmic Encounter… This is my intro stay out Mike. But really? I didn’t say I didn’t like it, I prefer to play other stuff!

Is opinionated on a great many things and blogs regularly about movies and other heady political stuff whilst the rest of the group like a good fart joke.

Motto he lives by.  You ain’t all that but a bag of dicks.

Random fun fact – Has perfected the Wilhelm scream and has been featured in over 500 Hollywood productions.