The Goose of Grillner Grove

by Charlie Etheridge-Nunn on October 8, 2019 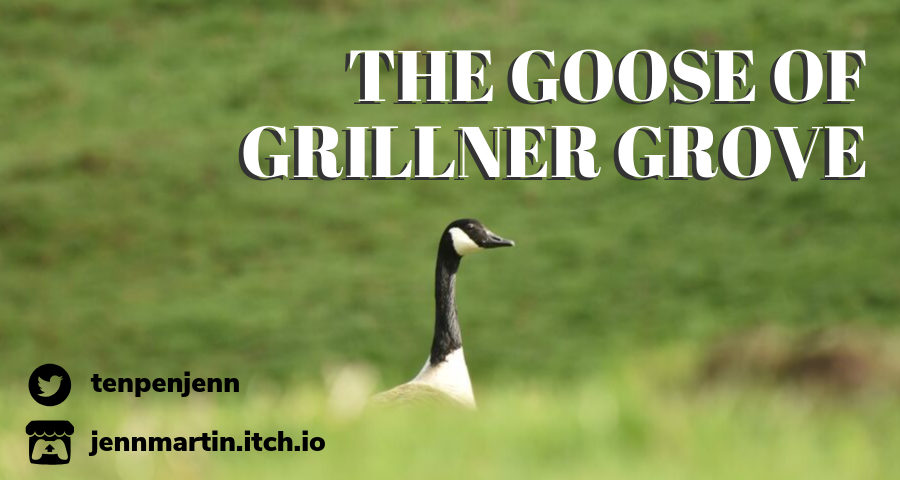 The Goose of Grillner Grove

“I was once like you, new to the village and not aware of the goose. I was trimming the lawn out front of my house with the door left open. It was a nice day, I figured it would be safe out here and I was only a few feet away, my cup of tea resting on the step. I heard a crash inside the house and realised someone was in there. My hall was full of goose feathers and my shoes had been ripped apart. I ran through the house, looking for the culprit, but he’d already gone. Worse than that, he’d even drunk my tea on his way out. You’d best believe there’s nowt but malice in the goose’s heart.” 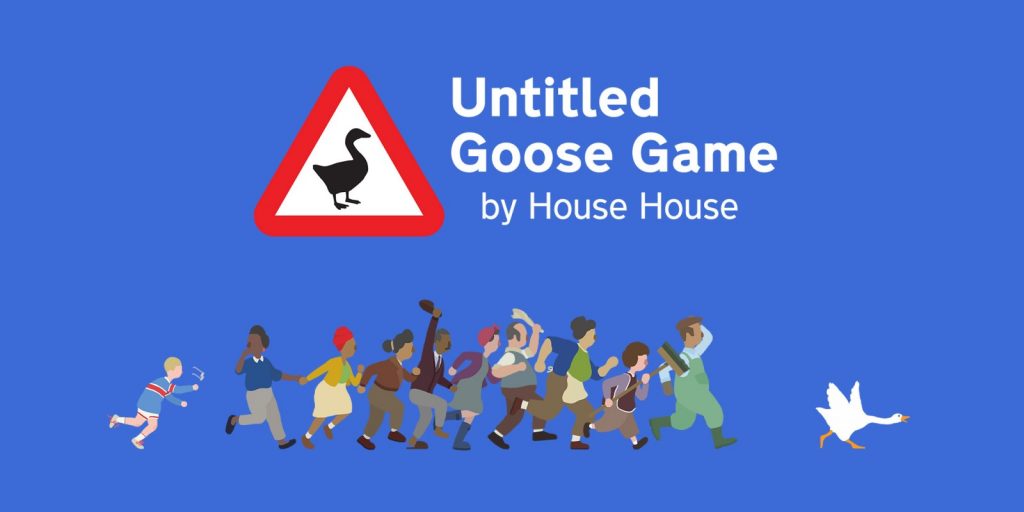 Geese are seeing a bit of popularity of late, with The Untitled Goose Game being a recent indie video game hit. Some of my friends have joked that if anything is mentioned around me, I can find an indie RPG for it. Well, I found one where you can play people tormented by a goose! Actually, I bought this a while ago in the hopes of reskinning it for CabinCon, a mini-convention I attend which is regularly tormented by the shrieks of a peacock. Still, with The Untitled Goose Game meaning that it’s currently all geese, all the time, I finally got a group to play The Goose of Grillner Grove with me. 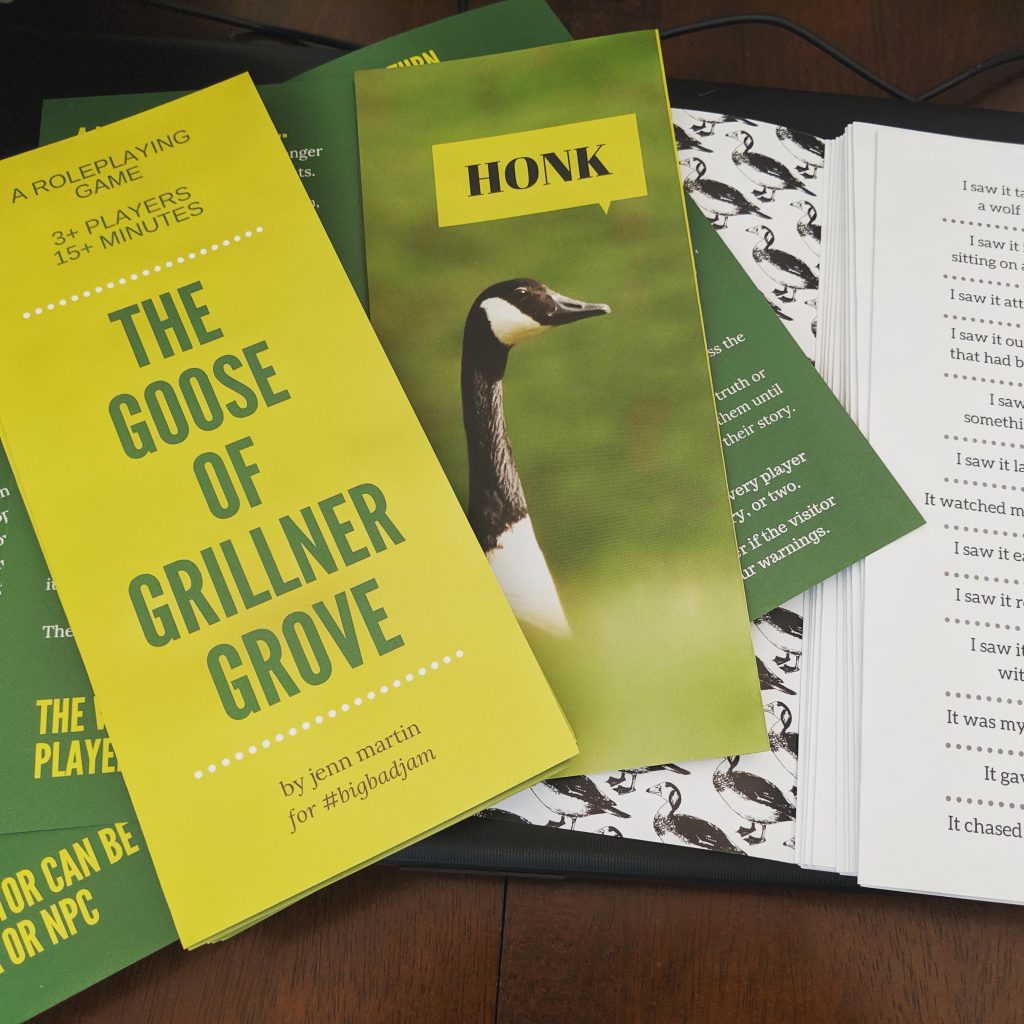 This game’s book is a trifold piece of double-sided paper. It’s something so small I’m planning on keeping in an RPG ‘go bag’.

The rules are simple enough; you all play villagers who are trying to warn some newcomer about a goose who has tormented everyone for the last twenty years. It’s a simple storytelling game in the vein of The Extraordinary Adventures of Baron Munchausen and in a way, Radio 4’s Just a Minute. 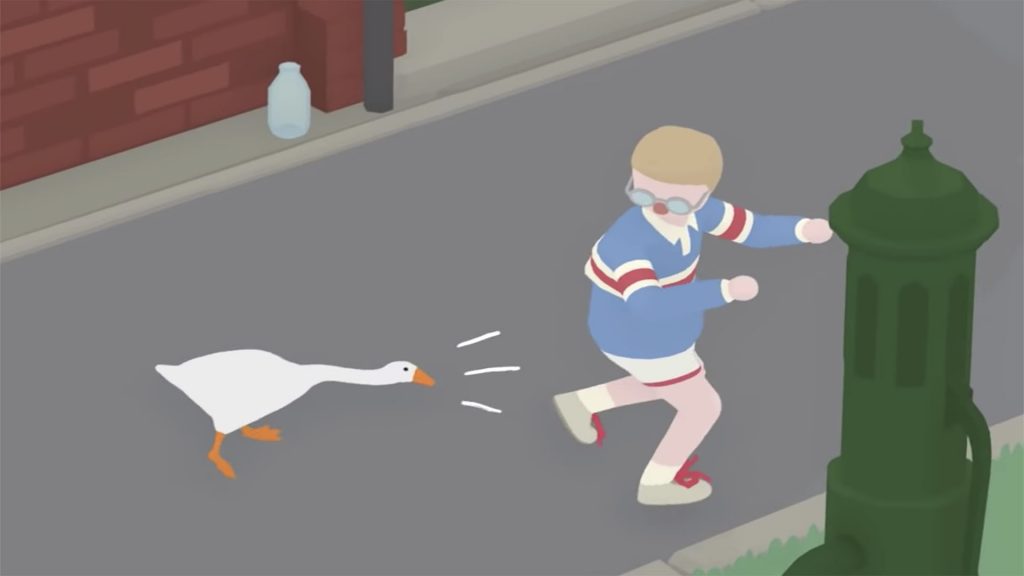 Each player uses one of the provided prompts to tell their story of woe, or makes one up from scratch. We go around, with players honking if anyone deviates too much, waffles or contradicts the established continuity. This continuity is part of the charm, as the goose’s personality and that of the village are all built together. While strictly policing the fiction can often seem off-putting, the fact you do it with honking adds a playful tone to the act. 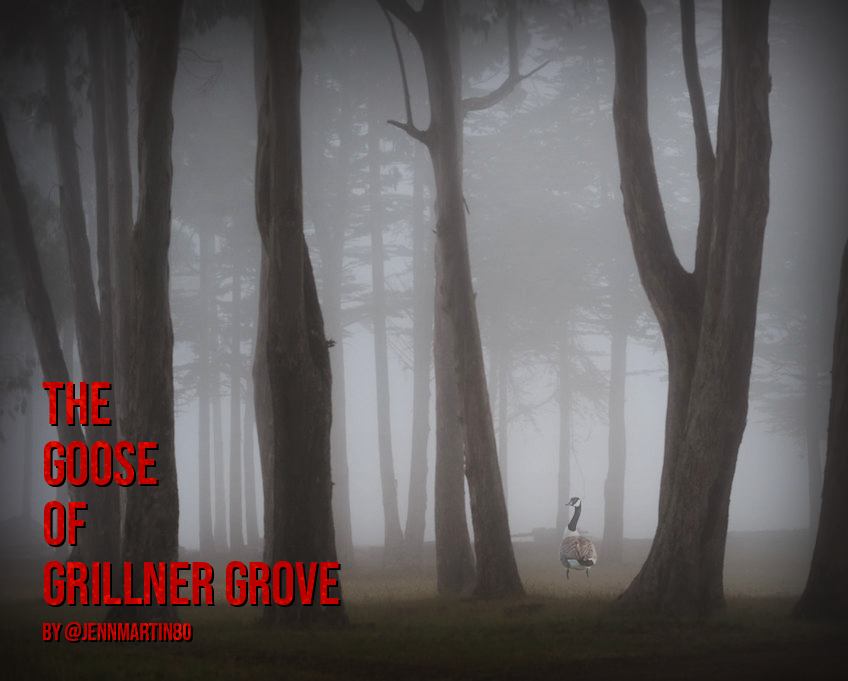 I played The Goose of Grillner Grove after a game of Final Girl ended with some extra time to spare. After a game as tense as Final Girl, it was the perfect way to decompress. We joined two tables of Final Girl players together and started going round. You can have a player acting as The Newcomer, but we decided against it. A couple of players skipped their rounds and about half needed the prompts while the others came up with their own goose-based tales or built from the fiction already established. The goose had burst out of a wedding cake, led a flock of sheep into a bog, joined the SAS, vandalised a tractor and more. After each time round, I checked in to see whether the newcomer was suitably informed about the horrors of the goose. In the end, it was decided the newcomer was more convinced of the madness of this collection of desperate souls who’d accosted them in the pub. He left, almost certainly to face the goose’s mischievous wrath. 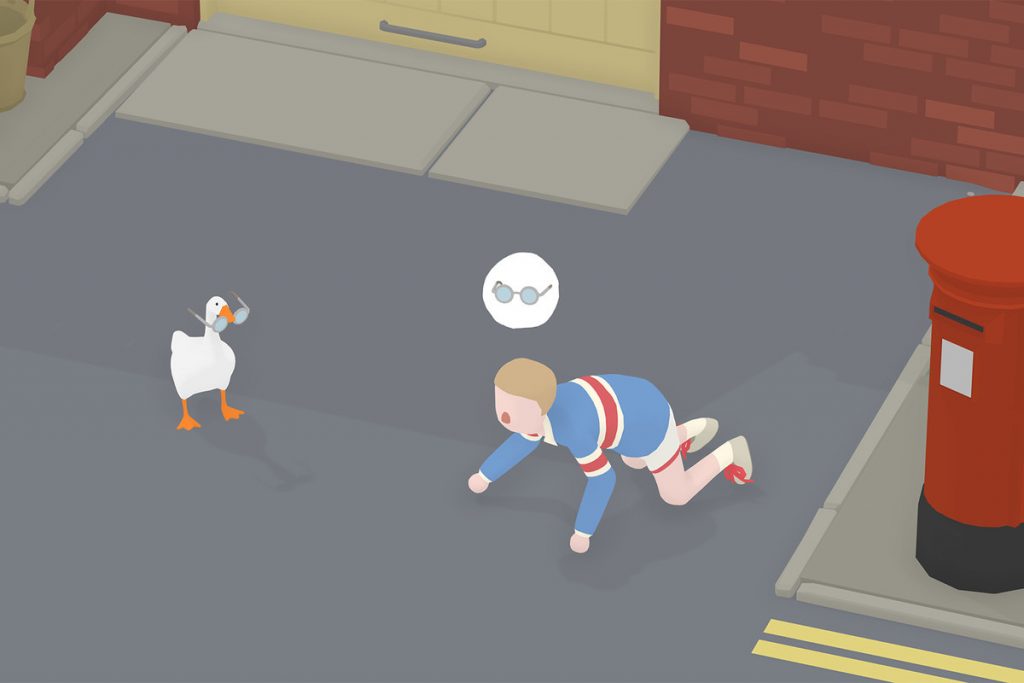 Just to read or as a curio, the game is short and well-presented. As I said earlier, it’s going in my RPG ‘go bag’, because it’s the perfect size to keep to hand and requires absolutely no other resources in order to run. It fits the middle ground between an RPG and a ‘talking bullshit’ type of game like Baron Munchausen. By the end of the game, one of the group was crying with laughter, which is as good a recommendation as you can get.

You can get The Goose of Grillner Grove and many other games by Jenn at https://jennmartin.itch.io/goose-of-grillner-grove